Housewife given £453m divorce payout yet to pocket a penny, judges told 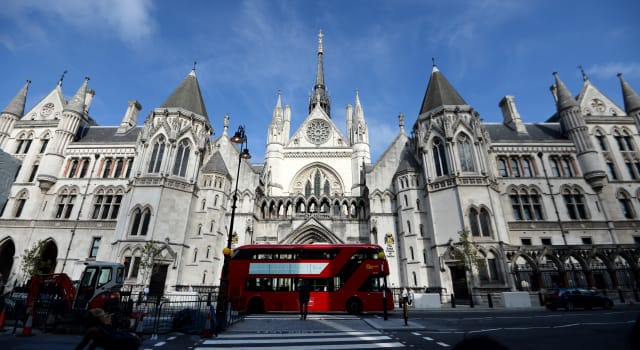 A housewife awarded £453 million by a judge after her 20-year marriage to a billionaire businessman broke down has "received nothing", the Court of Appeal has been told.

News of Ms Akhmedova's payout emerged during the summer of 2017 following a hearing in the Family Division of the High Court in London overseen by a High Court judge.

The award he made to Ms Akhmedova, who is in her 40s, is thought to be the biggest made by a divorce court judge in England.

A barrister leading on Ms Akhmedova's legal team on Wednesday told appeal judges Sir James Munby, Lord Justice Lewison and Lady Justice King that Mr Akhmedov had yet to hand over "a penny".

"The husband has not paid a penny," said Hodge Malek QC.

"Despite being awarded in aggregate £453,576,152 before interest and costs (she) has to date received nothing from (him) save for some de minimis assets in the UK."

He added: "(Mr Akhmedov) is flagrantly in contempt of court."

Mr Malek told the three judges that in the month the trial before Mr Justice Haddon-Cave started, Mr Akhmedov moved a modern art collection worth more than £90 million from Switzerland to Liechtenstein.

Mr Justice Haddon-Cave analysed issues at a private hearing and had not named anyone involved in his ruling.

Mr Akhmedov and Ms Akhmedova were named on public listings of the case and the three appeal judges have imposed no restrictions on reporting.

The appeal court hearing is expected to end later this week.

Ms Akhmedova was in court for the start of the hearing.

Mr Justice Haddon-Cave said in his ruling that the couple had shared a home in Surrey.

The judge said the "husband" was in his 60s, came from the Caucasus, and had worked as a London oil and gas trader before building up a fortune in the Russian energy business.

He said the "wife" came from eastern Europe but had been a British citizen since 2000.

Mr Justice Haddon-Cave said the "wife" had been a housewife and mother to the couple's now grown-up sons.

The judge said the "husband" argued he had made a "special contribution" to the generation of wealth.

He concluded that both had made "equal contributions to the welfare of the family".

Mr Malek told appeal judges that the couple had met in 1989 when Ms Akhmedova was 17.

Mr Malek said "their wealth" was "substantially" made during the marriage.

Anthony Kerman, who represented Mr Akhmedov at an early stage of proceedings, complained about an order made by Mr Justice Haddon-Cave during litigation in the Family Division of the High Court.

He complained that he had been unfairly summonsed to give evidence at short notice.