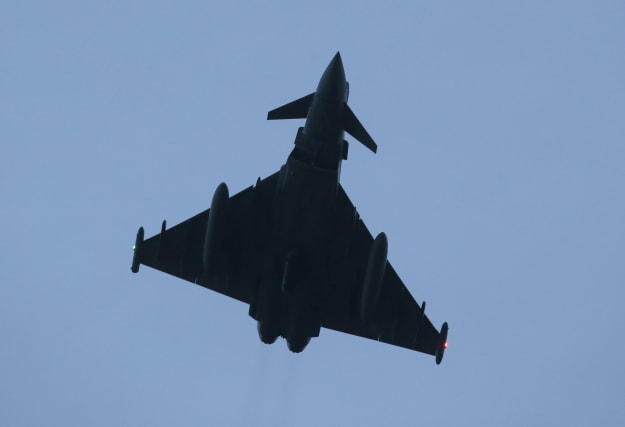 The Ministry of Defence is potentially facing a £20 billion black hole in the armed forces' equipment budget, the Whitehall spending watchdog has warned.

The National Audit Office (NAO) said the £180 billion 10-year equipment plan was "unaffordable" and did not represent a "realistic forecast" of the costs it will need to meet.

Unless urgent action was taken to address the issue, it said projects would face delay or cancellation, jeopardising the forces' operational capability.

In response, the MoD acknowledged the plan contained a "high level of financial risk" with an "imbalance" between cost and budget.

In its report, the NAO said, despite building in a £6 billion contingency, there was an "affordability gap" of at least £4.9 billion in the programme.

However if all the risks of cost growth associated with the programme were to materialise the shortfall would rise to £20.8 billion.

"The Ministry of Defence's equipment plan is not affordable," the NAO said.

"Unless the department takes urgent action to close the gap in affordability, it will find that spending on equipment can only be made affordable by reducing the scope of projects, delaying them, or cancelling them altogether.

"Such an approach risks destabilising the plan, compromising value for money, and undermining operational capability."

The NAO found the plan failed to include £9.6 billion of forecast costs due to the MoD's budget-setting process "not being able to match costs to available budgets".

A further £1.3 billion in costs associated with the procurement of five Type 31e frigates was also omitted  while the costs of acquiring the navy's new Dreadnought and Astute class nuclear-powered submarines were rising faster than predicted.

The failure to use an exchange rate with the US dollar which reflected market rates risked adding another £4.6 billion to the total while there was a "lack of transparency" as to how it intended to find more than £8 billion in projected savings.

The chairman of the Commons Public Accounts Committee Meg Hillier said it had warned last year that the plan was at "greater risk than ever before".

"The Ministry of Defence simply doesn't have enough money to buy all the equipment it says it needs," she said.

"Until the MoD comes up with a realistic plan for funding new equipment, the MoD is bound to end up scrapping or delaying projects haphazardly. This is not a sensible way of looking after our national defence."

In a statement, Defence Procurement Minister Guto Bebb acknowledged the plan contained "a high level of financial risk and an imbalance between cost and budget".

He said the MoD's modernising defence programme, announced last week after being separated out from a Whitehall-wide review of national security capabilities, would consider how the plan could be delivered in a "sustainable" way.

"We aim to use this work to deliver better military capability and value for money in a sustainable and affordable way, and to ensure that defence capabilities complement other national security capabilities in the most effective way," he said.