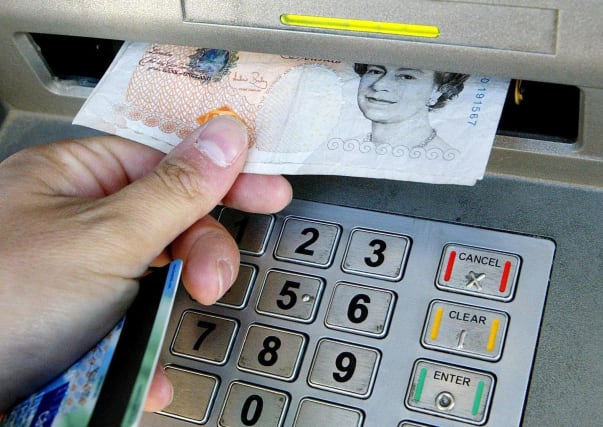 A planned shake-up of the ATM network could leave people facing an uphill struggle to access cash, consumer campaigners have warned.

Cash machine network Link has confirmed it will go ahead with proposals to cut the fees operators receive from banks when ATMs are used.

But some in the industry warned thousands of free cash machines could be at risk of being removed or changed to fee-charging, with the possibility of "cash deserts" being created across the UK.

Link said there would be a phased reduction in the interchange fee - the fee card issuers pay ATM operators - starting from July 1.

The position will then be reviewed annually, taking into account the impact on consumers, with a 20% reduction in interchange fees eventually anticipated after four years.

Link said the impact was expected to be "a modest decline in the number of ATMs in areas where they are heavily concentrated but with no diminution in the overall geographical coverage".

It said its plans would include rebalancing the network and protecting cash machines in remote areas where they were really needed.

All ATMs one kilometre or more from the next free ATM will be exempt from any reductions in the interchange fee and there will be enhanced subsidies where needed to ensure that free ATMs remain in areas that could not otherwise sustain them.

But Gareth Shaw, a money expert at Which? said the consumer group was concerned about Link's ability to maintain free access to cash.

He said: "Link's plans could still lead to a significant reduction in free-to-use ATMs across Britain, leaving consumers facing an uphill struggle to access the cash they need."

He continued: "It's alarming that these potentially far-reaching proposals appear to have simply been waved through without a thorough public consultation.

"With over two million consumers in the UK reliant almost entirely on cash, it's vital that the Payment Systems Regulator conducts an urgent market review."

Previous research from Which? found more than 200 communities have poor ATM provision or no cash machines at all.

Ron Delnevo, executive director of the ATM Industry Association (ATMIA) in Europe, claimed 25,000 to 30,000 free ATMs were at risk of being removed or changed to charging over the next few years.

He said: "There is no case to remove any UK ATMs. We need more to help replace fast-disappearing bank branches."

He continued: "We are now at serious risk of seeing branch, ATM and cash deserts in thousands of communities - urban and rural - all over the UK."

The Treasury Committee has also previously raised concerns, and has said its overriding priority was that consumers' ability to access cash did not suffer.

A spokesman for Cardtronics UK, which operates more than 20,000 ATMs across the country, said: "The arbitrary cuts that Link has announced are not a viable solution."

The PSR said it would continue to actively monitor developments it would  require Link to report to it monthly on the impact of its decision.

Hannah Nixon, managing director of the PSR, said: "I am pleased that Link has bolstered its initial plans to make sure people will continue to have widespread free access to cash.

"We will require Link to provide us with regular, detailed reports on the impact the changes are having and the steps that Link will take to address any negative impact.

"We will intervene if we believe the current broad geographical spread of free-to-use ATMs is threatened."

Consultation plans previously outlined by Link included a reduction in interchange rates over the next four years, from around 25p to 20p per withdrawal.

Link said 80% of free-to-use ATMs were now within 300 metres of another free-to-use machine.

"The UK has a near record number of ATMs, yet the recent growth has led to the majority of these being placed in busy areas where there simply is no need for a new ATM."