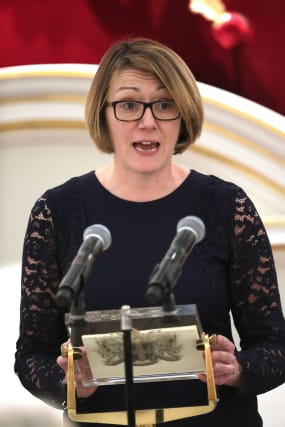 The Labour leader of Haringey Council is to stand down after complaining of sexism and bullying behaviour during a bitter party row over redevelopment.

Claire Kober will not seek re-election in the north London borough in May following a long-running controversy over a proposed £2 billion housing project known as the Haringey Development Vehicle (HDV).

Labour leader Jeremy Corbyn has opposed the project, which has been criticised by many on the left of the party.

In an unusual move,  Labour's ruling National Executive Committee (NEC) requested last week that Haringey Council call a halt to the scheme, which involves partnership with the private sector.

Ms Kober told the London Evening Standard: "The sexism, bullying, undemocratic behaviour and outright personal attacks on me as the most senior woman in Labour local government have left me disappointed and disillusioned."

Announcing on Twitter that she was standing down, Ms Kober took a thinly veiled swipe at pro-Corbyn campaign group Momentum, whose members have been active in selection battles for the forthcoming council elections.

Praising council colleagues, Ms Kober said: "I am only sorry that many have been denied the opportunity to stand once again."

Critics of the HDV have described the scheme as "social cleansing", while Ms Kober, who has led the council since 2008, returned fire by hitting out at "ideological dogmas".

The £2 billion scheme would see the transfer of council assets and land into a 50/50 partnership with a private developer.