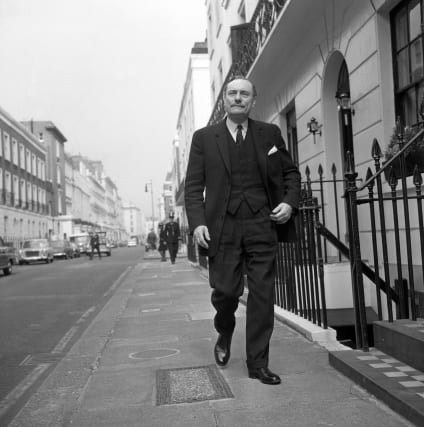 An application has been re-submitted to erect a blue plaque marking Enoch Powell's service as an MP.

Wolverhampton's Civic and Historical Society said the bid would be judged on a "non-political" basis and was among a back-log of 35 applications set to be considered by its blue plaques committee.

Birmingham-born Powell, who died in 1998, was sacked from the Tory shadow cabinet in 1968 after his infamous "Rivers of Blood" speech in which he attacked anti-discrimination laws.

The then Wolverhampton South West MP also likened the immigration policies of Harold Wilson's Labour government to "a nation busily engaged in heaping up its own funeral pyre".

Wolverhampton's blue plaques secretary, Barry Hodgson, said a "tentative" application for a plaque featuring a three-dimensional image of Powell had recently been renewed.

Mr Hodgson said: "Once the financial issues have been dealt with, I will present the case to the committee and we will discuss it at length.

"It is something we are going to have to think long and hard about, and there will undoubtedly be those who are against it."

After stressing that the committee would attempt to reach a consensus, Mr Hodgson added: "My own feeling is that Enoch Powell is part of Wolverhampton's history.

"Should we be sanitising history? And if you are going to sanitise history, how far back do you go?"