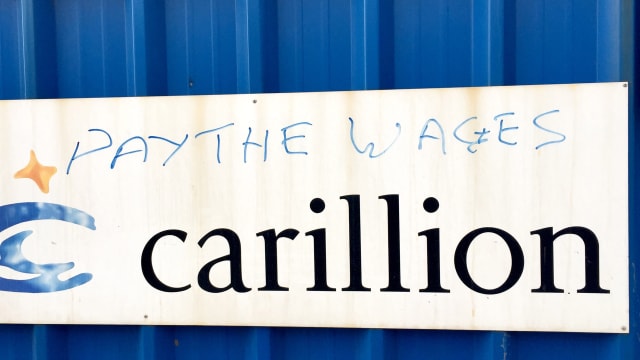 MPs have expressed surprise that the biggest asset on the books of collapsed construction giant Carillion was £1.57 billion of "goodwill".

The chairs of two Parliamentary select committees questioned the head of an independent regulator on whether it was good practice to have so much goodwill on the balance sheet.

Stephen Haddrill, chief executive of the Financial Reporting Council  (FRC) said it was not, but he added: "It's not untypical."

Mr Haddrill came under fierce questioning from members of the Work and Pensions and Business Committees on why something was not done to prevent the spectacular collapse of Carillion.

He revealed the FRC had been "actively monitoring" Carillion for six months before the company went into liquidation, but it was not public knowledge and no public statements were made.

Rachel Reeves, who chairs the Business Committee, said investors should have the right to know a company was being monitored, but Mr Haddrill said there was a system of confidentiality clauses in place.

He said the requirement in legislation for confidentiality should be reviewed.

The MPs also criticised the lack of competition among top auditors, with four big firms dominating the sector.

Frank Field, who chairs the Work and Pensions Committee, said there was an "oligarchy" in the sector and asked whether the committee should be recommending that the four firms should be broken up.

He added that two of the previous three finance directors at Carillion came from KPMG.

"Did that not send a warning to you? They are all mates. Four companies dominate the scene."

Mr Field said he did not know what "goodwill" meant, noting the item disappears once a company is in trouble.

Ms Reeves said the £1.57 billion figure was "surprising",  adding: "It was only goodwill that kept the assets high."

Mr Haddrill said there was an "enormous" cause for concern about how the company was governed, adding: "We all look at what has happened with a degree of incredulity.

"We need to look on what basis directors were making decisions."

Mr Haddrill denied the FRC was "toothless", saying it was one of the most effective regulators in the world.

Sarah Albon, chief executive of the Insolvency Service, said Carillion was made up of 326 companies, including 199 in the UK, with a total of 169 directors across the group.

The FRC has launched an investigation into KPMG's audits of Carillion.