Leading Tory plays down prospect of leadership challenge to May 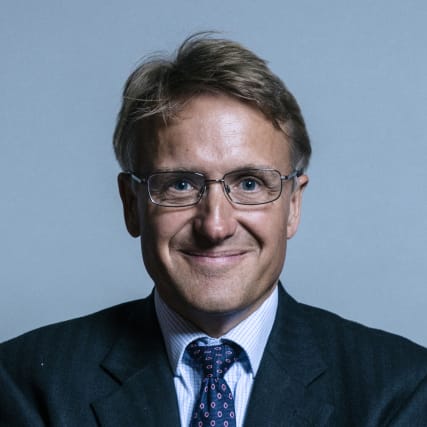 A senior Conservative backbencher has played down talk of a leadership challenge to Theresa May, after she came under fire from her own side over her approach to Brexit.

Charles Walker, the vice-chairman of the influential backbench 1922 Committee, said that anyone thinking the PM might be pressured into naming a date for her departure should "sit in a darkened room and put a cold towel over their heads".

His comments came afteur a slew of Tories voiced concern over the direction of the Government, with one prominent backbencher saying that "the window is closing" on the time she has to pull the party together

In a torrid weekend for the Prime Minister, Eurosceptic former Cabinet minister Theresa Villiers said she was worried about a "dilution of Brexit" while Remainer Heidi Allen told the PM to "get a grip" and former minister Rob Halfon appeared to liken Mrs May to a "tortoise" in her governing style.

And Johnny Mercer told the Resolution Foundation thinktank on Monday that "we are in danger of Jeremy Corbyn becoming prime minister".

The Plymouth Moor View MP said: "How long has the Prime Minister got? I am of the view that any sort of change of leadership is not helpful at the moment and I don't support that.

"But, I do think the window is closing, because politics can be quite a brutal game.

"At the moment I do feel we are slightly struggling with a message and with a vision."

But veteran former minister Sir Nicholas Soames - who last week warned that the May agenda was "dull, dull, dull" - moved to steady the Tory ship.

In an early-morning message to his colleagues via Twitter, the Mid-Sussex MP said: "Here's our theme for this week: Recover self-confidence, restore sense of direction and above all retain a sense of proportion."

Newly-promoted Culture Secretary Matt Hancock said Tories should "all pull together and pull behind the Prime Minister."

And former education secretary Justine Greening - who was sacked in this month's reshuffle - told BBC Radio 4's Today programme: "I remain a strong backer of the Prime Minister ... We need to support her in that impossible, almost, task that she has negotiating Brexit."

Mr Walker told World at One: "It seems to happen every two weeks, we have these spasms within the party where there is this rocking of the boat, there is this off the record briefing of the media, and I simply can't understand, really, what is motivating this small minority of colleagues to behave in this way."

Asked if Mrs May should set a date for standing down, he said: "Well, I don't know if she is planning to step down.

"Anyone who is suggesting that really needs to go and sit in a darkened room and put a cold towel over their heads. She is the Prime Minister of this country. This is not a game."

Mr Walker dismissed speculation that the number of letters sent by MPs to 1922 committee chairman Sir Graham Brady was nearing the threshold of 48 which would trigger a leadership election.

He said that only Sir Graham knew how many letters had been sent.

Mrs May's former joint chief of staff Nick Timothy told the Resolution Foundation a lack of "purpose and direction" at the moment was causing the Tories "difficulties".

Mr Timothy, who resigned from his Downing Street post in the wake of the Tories' disastrous general election showing, said: "It feels increasingly clear that the country is tired of austerity, and that public services are starting to feel the strain a little bit.

"It's clear that while the NHS needs reform it also needs more money.

"I think the party needs to set up processes that will enable it to debate its future purpose and policies because if that is left until 2020/21, that is going to feel too late in the electoral cycle."