Fragmented sleep may be early sign of Alzheimer's, study suggests 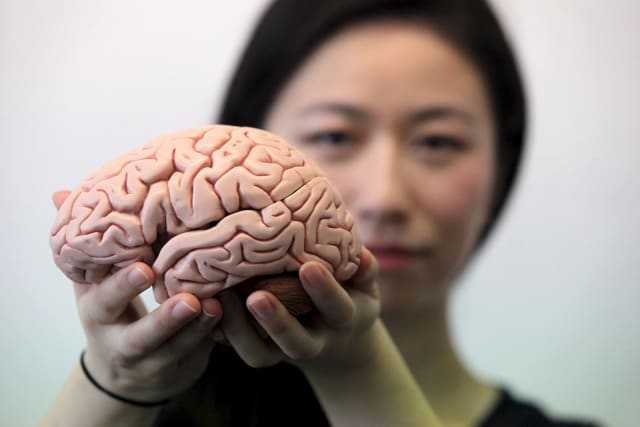 The new US findings could help doctors identify at-risk individuals much earlier than they can at present, scientists believe.

People with Alzheimer's were already known to suffer from upset "circadian rhythms", the internal timing mechanism that regulates sleep patterns and many biological processes.

The new research shows that circadian rhythm disruption also occurs at a much earlier stage when memories are intact but pre-clinical evidence of Alzheimer's can be seen in the brain.

Successful treatments that halt or reverse progression of the disease are likely to depend on diagnosing it early enough.

Changes that lead to Alzheimer's are thought to take root in the brain up to 20 years before symptoms appear.

Lead researcher Dr Yo-El Ju, from Washington University School of Medicine, said: "In this new study, we found that people with pre-clinical Alzheimer's disease had more fragmentation in their circadian activity patterns, with more periods of inactivity or sleep during the day and more periods of activity at night."

The team tracked circadian rhythms in 189 mentally normal older adults with an average age of 66.

Those who had abnormal results from brain scans and cerebrospinal fluid tests indicative of Alzheimer's all showed signs of significant body clock disruption.

Participants who experienced short spurts of activity and rest during the day and night were more likely to display evidence of beta-amyloid protein build-up in their brains, a key hallmark of Alzheimer's.

Similar results were seen by members of the team working with Alzheimer's-prone mice whose body clock control genes had been disabled.

Over a period of two months, mice with disrupted circadian rhythms developed significantly more beta-amyloid brain deposits than those with normal body clocks.

The research is published in the journal JAMA Neurology.

Dr Ju said: "At the very least, these disruptions in circadian rhythms may serve as a biomarker for preclinical disease.