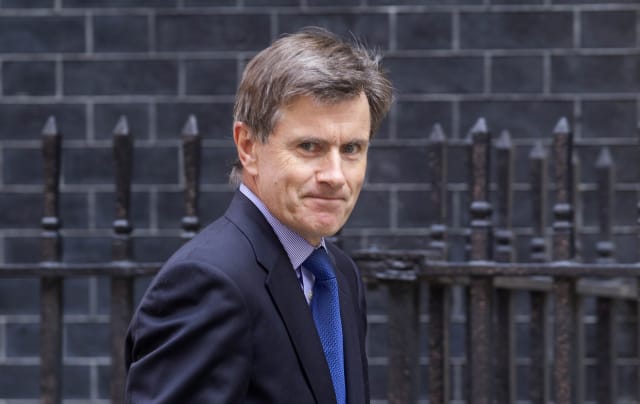 British jihadis returning from the conflict in Syria should not be subjected to "Wild West justice", a former MI6 chief has warned.

Sir John Sawers said that while former fighters should face justice, it was important that they were dealt with within the framework of the law.

He said it was essential that members of the intelligence agencies or the armed forces were not put in a position where they were expected to break the law.

Defence Secretary Gavin Williamson said last month that everything should be down to "destroy and eliminate" the threat from returning fighters, adding: "A dead terrorist can't cause any harm to Britain."

Sir John told the committee: "One or two loose things have been said about all those Brits who went out there should be killed. I think it is very important that politicians don't put members of the armed forces or the intelligence services in a position where they are expected to break the law.

"There are very clear laws governing military action and so on. One of the essences of our system is that we operate within the framework of the law.

"Yes, many of these people need to be brought to justice, but that doesn't mean a Wild West justice."

Former GCHQ director Robert Hannigan said that as Islamic State (IS) - also referred to as Daesh - lost territory on the ground, it was increasingly focusing its activities online.

"As it is destroyed on the ground, the online caliphate becomes more and more important to it. We need to bear down on that," he told the committee.

"The longer term worry is that we didn't really see Daesh coming. If you see Daesh as simply the latest iteration of Sunni extremism, we have to assume there will be another one and it may not look exactly like Daesh.

"We need to try predict correctly where it comes from and what it will look like. That ought to be a major concern for the next five years."

Mr Hannigan also expressed concern about the use of cyber warfare tactics by countries like Russia and North Korea.

He said nation states were increasingly working with sophisticated criminal gangs, and warned that if they continued to take risks, there could be fatal consequences.

"Against the backdrop of a sense of a disintegrating set of (international) rules, states have been prepared to take risks that are seriously dangerous," he said.

"The danger of miscalculation in cyber is much greater than in other areas. In cyperspace it is extremely hard to know what the collateral damage will be and what the unintended consequences will be. Some countries are behaving quite recklessly with those weapons.

"So far we have not seen anyone physically harmed or killed through cyber attack. But I do think it is just a matter of time.

"If people do take reckless gambles inside power grids for example, it is almost inevitable that at some stage somebody will die as a result of cyber."