Carillion apprentices face having pay stopped in next few days 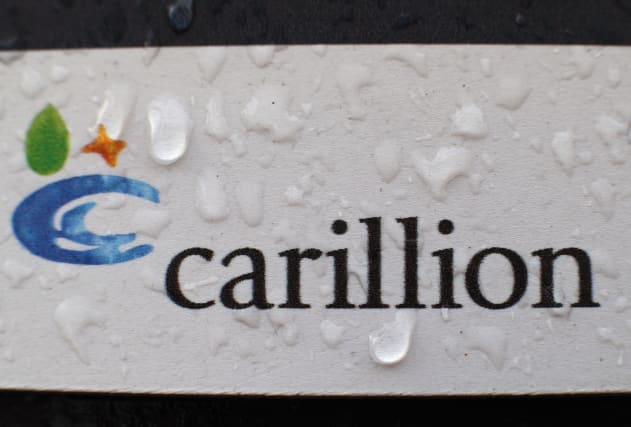 Unions have attacked news that apprentices caught up in the collapse of construction giant Carillion will not be paid from later this week.

Skills minister Anne Milton said that affected apprentices would only be paid by the receiver until the end of January.

A written answer to shadow education secretary Angela Rayner said that the Construction Industry Training Board was "utilising their existing employer contracts" and grant incentives to secure employers for apprentices.

"Once alternative employment has been secured, it will be the responsibility of these individual employers to determine the frequency of payments to their apprentices," said the minister.

Rehana Azam, national officer of the GMB union, said: "Once again the Government's response to the Carillion crisis is inadequate and inept.

"These are young people starting out in their careers and they have no idea if they will have apprenticeships this time next week.

"It's simply not good enough - the Government has a duty of care to these people.

"They should give a guarantee these people gain the skills to become Britain's future workforce.

"We were told every Carillion apprentice would be contacted. The evidence suggests that is not the case."

Meanwhile, it was announced that the accountancy watchdog is to open an investigation into accountancy giant KPMG over its audits of Carillion.

The Financial Reporting Council (FRC) said that following inquiries made since Carilion's profit warning in July, it would open an investigation under the Audit Enforcement Procedure.

The investigation will be conducted by the FRC's Enforcement Division and will consider whether the auditor has breached any relevant requirements, in particular the "ethical and technical standards" for auditors.

KPMG's audit of the company's use and disclosure of the going concern basis of accounting, estimates and recognition of revenue on significant contracts and accounting for pensions will all come under the FRC's microscope.

The FRC also pledged to conduct the investigation "as quickly and thoroughly as possible".

"The FRC is progressing with urgent inquiries into the conduct of professional accountants within Carillion in connection with the preparation of the financial statements and other financial reporting obligations under the Accountancy Scheme.

"The FRC is liaising closely with the Official Receiver, the Financial Conduct Authority, the Insolvency Service and The Pensions Regulator to ensure that there is a joined-up approach to the investigation of all matters arising from the collapse of Carillion," the FRC said.

It comes as Carillion was accused of trying to "wriggle out" of its obligations to pensioners while paying out tens of millions in dividends for shareholders and "handsome pay packets" for bosses.