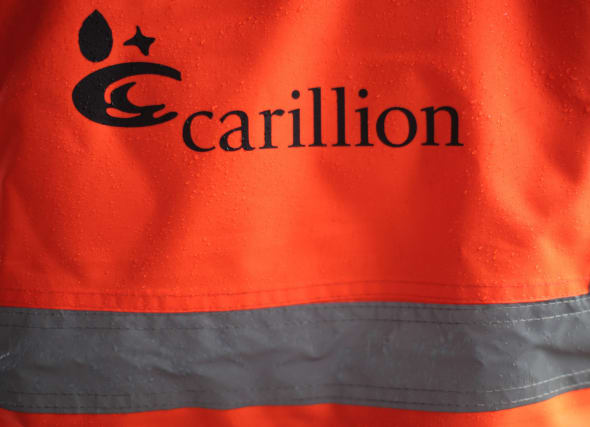 Carillion has been accused of trying to "wriggle out" of its obligations to pensioners while paying out tens of millions in dividends for shareholders and "handsome pay packets" for bosses.

Mr Ellison's letter suggests the pension deficit could be even higher at £990 million, the committee said.

Carillion has been "falling short" of what trustees expected it to contribute to pension schemes since 2008, the MPs said after analysing the letter.

The company citied cash flow problems as a reason for not making higher pensions contributions in 2011 and 2013, but paid more than £70 million in dividends in both those years.

The trustees were also "kept in the dark" about the state of Carillion, only having access to information that was "largely" in the public domain until May 2017.

And finally, the trustees "negotiated away" pension deficit contributions in the autumn in an effort to keep Carillion afloat by enabling more borrowing, the MPs said in comments that will ratchet up pressure on Mr Ellison ahead of his appearance before the committee on Tuesday.

In a damning assessment, committee chair Frank Field said: "It's clear that Carillion has been trying to wriggle out of its obligations to its pensioners for the last 10 years.

"The purported cash flow problems did of course not prevent them shelling out dividends and handsome pay packets for those at the top.

"Remarkably, this was endorsed by the trustees and the Pensions Regulator (TPR).

The Labour MP went on: "Once again, TPR has questions to answer. They have been sniffing around Carillion - at the trustees' behest - since at least 2008, though it is not apparent to what effect. When 10 years later the company collapses with £29 million in the bank and £2 billion in pension liabilities it doesn't look good for them."