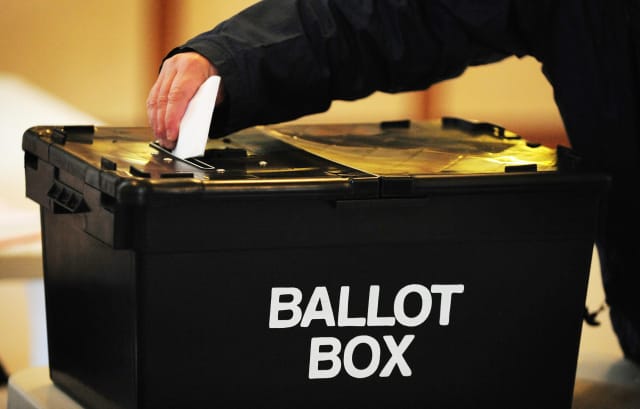 Ukip attracted just 24 votes in the only council by-election taking place this week after the local party withdrew from the campaign amid the row over Henry Bolton's leadership.

The Conservatives comfortably held the seat in the contest in the Central Wight division of Tory-controlled Isle of Wight Council.

Two days before polling day, the Ukip local branch executive was reported to have issued a statement saying it was suspending campaigning and accusing Mr Bolton of having brought the party into disrepute.

Ukip last contested the seat in 2013 when it came second with 342 votes. The party did not field a candidate in the 2017 polls.

The by-election followed the resignation as a councillor of Bob Seely, who was elected as Tory MP for the Isle of Wight at the 2017 general election.

The winning Conservative candidate in the council poll was Steve Hastings, who recently resigned as a Portsmouth councillor.

Mr Hastings was elected in Portsmouth's Baffins ward for Ukip in 2014 but defected to the Tories in 2015.

Isle of Wight Council leader Dave Stewart hailed the by-election result on Twitter, including a picture of himself with Mr Hastings (wearing a blue rosette).