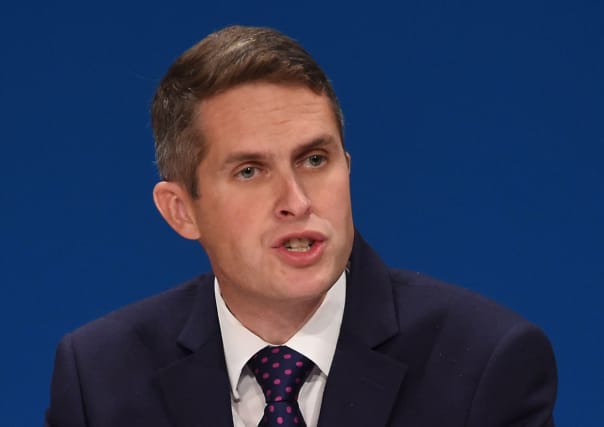 The Defence Secretary said Russia had been looking at the UK's critical infrastructure such as power stations and interconnectors that allow the transfer of electricity across borders.

But the Russian defence ministry dismissed the claims - and suggested Mr Williamson had "lost his grasp on reason".

"His fears about Russia getting pictures of power plants and studying the routes of British pipelines are worthy of a comic plot or a Monty Python's Flying Circus sketch."

Mr Williamson told the Daily Telegraph that Russia was looking at electrical infrastructure "because they are saying, 'these are the ways we can hurt Britain'".

According to the paper, Mr Williamson speculated the threat could be carried out in the form of a cyber attack, from undersea activity or a missile.

He said: "The plan for the Russians won't be for landing craft to appear in the South Bay in Scarborough, and off Brighton Beach.

"They are going to be thinking, 'How can we just cause so much pain to Britain?

He said that after causing "the chaos", the world's largest nation would then "step back", insisting he believes it is a "real threat" currently facing Britain.

The warning comes as Mr Williamson aims to complete a defence review - called the Defence Modernisation Programme - by the summer.

On Thursday, the Defence Secretary said that the review "isn't aiming to be fiscally neutral" as he bids to resist pressure to make further budget cuts.