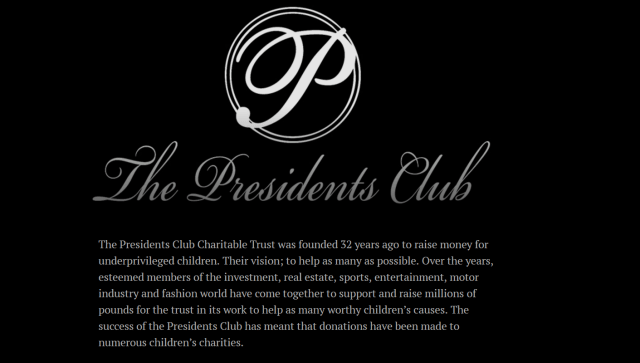 A senior Labour peer has been effectively sacked from his frontbench role after attending the controversial Presidents Club dinner.

Jeremy Corbyn asked Lord Mendelsohn to "step back" from his role as shadow business and international trade spokesman in the upper chamber after he attended the men-only charity event where hostesses were allegedly groped and sexually harassed.

The Labour leader's move will increase pressure on Theresa May to act against Children and Families Minister Nadhim Zahawi, who also attended the dinner.

Mrs May has said she was "appalled" by reports of the events at the dinner at London's prestigious Dorchester Hotel.

Lord Mendelsohn has said he attended part of the dinner as president of a charity that received support from the event.

A Labour lords spokesman said: "Lord Mendelsohn did not witness any of the appalling incidents described in reports and has unreservedly condemned such behaviour."

A spokesman for Mr Corbyn said: "It's right that Lord Mendelsohn has stepped down.

"The reports about this appalling event were deeply shocking and there can be no excuse for anyone's attendance."

Mr Zahawi said he left the dinner early, having been made to feel "extremely uncomfortable" and vowed never to attend such an event again.

He has received support from Environment Secretary Michael Gove, who said Mr Zahawi was a "really decent and honourable guy".

The Prime Minister added that she will work to ensure women are "genuinely" respected after the Presidents Club annual event was shut down.

Mrs May told BBC News: "I understand that Nadhim Zahawi left early from that particular event but, when I read the report of that event that took place, frankly, I was appalled.

"I thought that that sort of approach to women, that objectification of women, was something that we were leaving behind.

"We've made progress but it's very clear that there is a lot more for us to do and what I want to see, and I will continue to work as I have done over my years in politics, continue to work to a point where women are genuinely accepted and respected as equals."

She added: "What worries me is it's not just about that event, it's about what it says about this wider issue in society about attitudes to women.

"We have made progress; sadly, I think it showed that we still have a lot more progress to make."

Following the disclosures about the event in the Financial Times, charities and businesses sought to dissociate themselves from the Presidents Club.

A number of charities, including Great Ormond Street Hospital Children's Charity, that have benefited from the £20 million raised by the Presidents Club over more than 30 years said they will now refund previous donations.

Businessman David Meller quit his roles at the Department for Education and the Mayor's Fund for London over his involvement in organising the event.

After it emerged that the auction included lunch with Foreign Secretary Boris Johnson and tea with Bank of England Governor Mark Carney, the Bank and the Foreign Office made clear that neither man had known about it and would not be honouring the engagements.

According to the FT, the hostesses at the event were told to wear skimpy black dresses, black underwear and "sexy" black shoes.

Reporter Madison Marriage, who went undercover as part of the paper's investigation, said she was groped several times and that other hostesses had suffered similar treatment.

The Charity Commission said it was looking into the allegations "as a matter of urgency".

The Dorchester Hotel said it was not aware of any claims following the event and an investigation had been launched.

A spokesman for the Artista agency, which recruited the hostesses, said it was not aware of any claims of sexual harassment but that any complaints would be dealt with promptly and fairly.

Health authorities ‘trace those in close contact with Covid-19 patient’