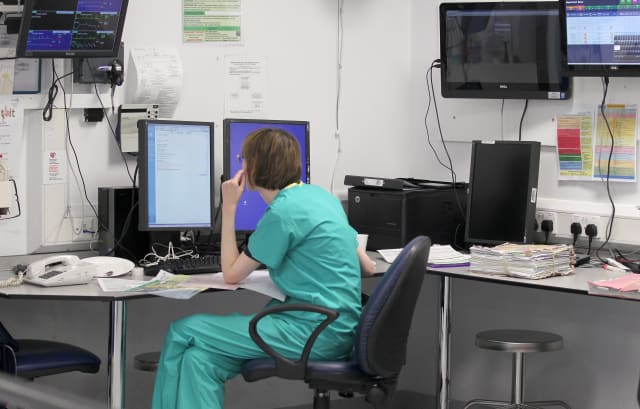 NHS computer systems in Wales have been restored after a technical glitch left many staff unable to access them on Wednesday.

The problem affected two data centres, according to the county's department of health. They added that there were no data security issues during the outage.

The British Medical Association (BMA) in Wales said it understood at least half of GP services were affected.

"The NHS Wales Informatics Service have confirmed that all systems are now back although there may be a backlog affecting some areas. They have assured us that there were no data security issues," tweeted the department.

The cause of the disruption is still under investigation.

Earlier on Wednesday, Dr David Bailey, chairman of the BMA's Welsh council, said the issue would "no doubt cause a major disruption" to an already-stretched health service.

He said: "We are concerned to hear that NHS Wales' computer systems have been affected by a technical issue. BMA Cymru Wales has heard reports from some members that they are experiencing issues affecting emails, the internet and other systems, in both primary and secondary care.

"This will no doubt cause a major disruption to the NHS at a time when demand is already unprecedented.

"Welsh patients are those who will ultimately be affected, particularly if this results in doctors and other healthcare providers being unable to view medical records. We hope the situation is resolved quickly."