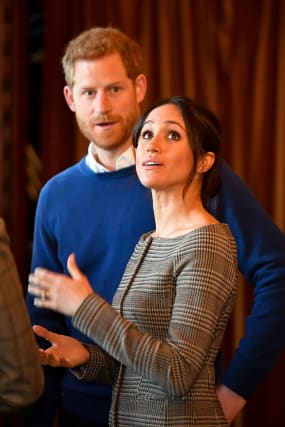 Prince Harry and Meghan Markle are to attend a glittering awards ceremony to celebrate the achievements of wounded, injured and sick servicemen and women.

Harry and his bride-to-be will be guests at the annual Endeavour Fund Awards next week, which will recognise those who have taken part in remarkable sporting and adventure challenges over the past year.

Ms Markle, who will wed her prince on May 19, has attended a number of official royal events with her fiance.

She was introduced to the best of Welsh culture during a recent trip to Cardiff Castle, visited Brixton in south London to tour an innovative community radio station, and was first introduced to the British public during a series of engagements in Nottingham.

The Endeavour Fund is a body set up by the Royal Foundation of the Duke and Duchess of Cambridge and Prince Harry to finance sporting and adventure challenges aiding the recovery of wounded, injured and sick servicemen and women.

During the awards ceremony, to be held at Goldsmiths' Hall in the City of London, Harry and Meghan will first attend a pre-ceremony reception where they will meet the nominees, endeavour participants and key supporters of the Endeavour Fund.

The awards were launched last year when Harry and his brother William helped present the honours and it is likely the prince and his fiancee will perform the same role.

Nominees are vying for three awards - Recognising Achievement, Celebrating Excellence and the Henry Worsley honour, named after the adventurer who died following an Antarctic expedition which was raising money for the Endeavour Fund.