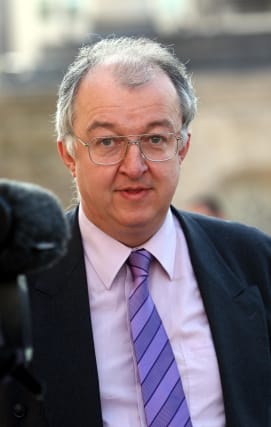 A campaigner has raised concern about the amount of information which has been made public relating to a case where a man has been threatened with jail.

The man is accused of publishing private information aired in a specialist court where judges consider issues relating to people who lack the mental capacity to make decisions.

Officials at the Office of the Public Guardian, a Government body set up to protect and help vulnerable people who lack the mental capacity to make decisions, want a judge to commit the man to prison for contempt of court.

They say he has breached a judge's order which barred him from publishing information aired at a public hearing in the Court of Protection.

A High Court judge has analysed preliminary issues at a High Court hearing.

Mr Justice Williams, who considered the case at a hearing in London on Tuesday, advised the man to seek legal advice.

He said a follow-up hearing would be staged in the near future.

Former Liberal Democrat MP John Hemming says the case was not listed in accordance with rules relating to procedures judges must follow when considering applications to commit people to jail for contempt.

In March 2015, Lord Thomas, the Lord Chief Justice and the most senior judge in England and Wales, said "open justice" was a "fundamental principle".

He said the general rule was that committal hearings were staged in public, orders were made in public, judgments were given in public and people were named.

Mr Hemming, who campaigns for improvements in the family justice system, said the accused man was not identified on the case listed before Mr Justice Williams. He said the listing referred only to "IS".

"No-one should be jailed, or threatened with jail in secret, and the rules aim to prevent that," he said.

"The rules clearly say full names should be printed on the court listing of the case.

"I can see no reason why an allegation rising from a Court of Protection hearing should be treated differently.

"Something has gone wrong here and it must be put right.

"The rules must be followed, the public must know when fellow citizens are threatened with jail. This is a serious issue."

He added: "It is also ironic that underlying this is a plan to make the Court of Protection more transparent."