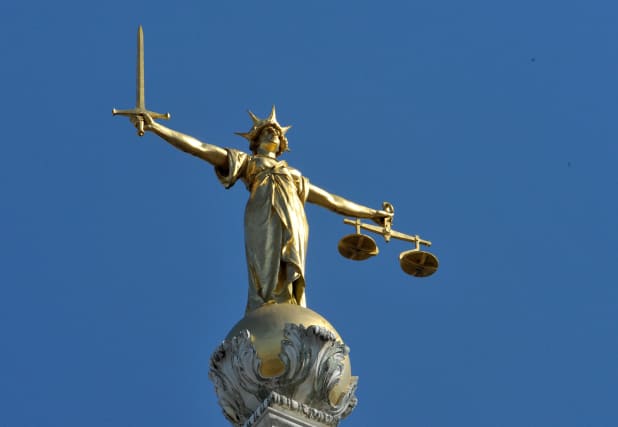 An extremist behind a YouTube campaign glorifying Islamic State has been found guilty of encouraging terrorism, but cleared over a video featuring Tony Blair in flames.

Father-of-four Gary Staples, 50, drummed up support for terrorism in home-made clips posted to the video-sharing platform and Google Plus between May and September 2016, the court heard.

Eight videos were created by him, while one was made by the media arm of IS terror group Al Hayat, his trial was told.

One clip featured an image of the former prime minister with flames imposed over it, followed by a message reading: "O kuffar, sleep with one eye open."

A picture of a wolf appears alongside the warning to the "kuffar" - or non-believer - in the video, which later features the black flag used by IS.

Armed IS fighters and infamous jihadi warlords appeared during the clips - which are all slideshows - accompanied by Nasheeds, a form of tune featuring a male vocal without musical accompaniment.

The Nasheed lyrics in the video of Mr Blair translate from Arabic as "death in the path of jihad is Allah's blessing", it was heard.

Abu Bakr al-Baghdadi, the leader of Islamic State, and Osama bin Laden are among the extremists glorified in the clips.

Ben Lloyd, prosecuting, had told the court: "His purpose in publishing and disseminating each of these videos, the prosecution say, is to encourage members of the public to commit, prepare or instigate acts of terrorism.

"Each of the videos contains, the prosecution say, Islamic extremist material.

"Much of the material relates to Isis, Isil, Islamic State; there are also images of Osama bin Laden, for example, who, as you will no doubt know, was the leader of al Qaida."

Pictures of radical hate preacher Anjem Choudary were also found on Staples' Google Plus account, the court was told.

Staples, from Crowther Road, South Norwood, south London, was arrested in November 2016 and denied eight counts of encouraging terrorism and one count of sharing terrorist material.

Giving evidence, he accepted posting the Blair video but claimed two friends must have been responsible for others.

Judge Anuja Dhir QC directed jurors that they must be sure the clips were a direct encouragement for terrorism.

The jury acquitted Staples of encouraging terrorism in the Blair video but convicted him of the other charges.

He was remanded in custody to be sentenced on February 27.