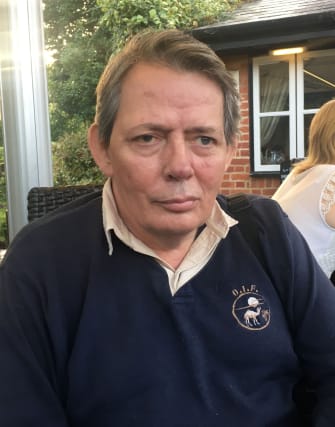 A private detective accused of exploiting the hunt for Madeleine McCann to fund his lavish lifestyle died of an acute subdural haemorrhage, a coroner has heard.

Kevin Halligen, 56, gained notoriety when his firm, Oakley International, was used by the toddler's parents to help search for their missing daughter.

Woking Coroner's Court heard that paramedics were called to Mr Halligen's home in Normandy, Surrey, on January 8, where they performed CPR, but he could not be saved.

A post-mortem examination showed the cause of death was acute subdural haemorrhage and the court heard that a pathologist said there was "no sign of an assault".

Mr Halligen's death was reported to the coroner under the name of Richard Powell, and the court heard he is also known as Kevin Richard Halligen, Richard Halligen and Kevin Patrick Halligan.

His occupation was given as "intelligence and security officer".

Mr Halligen's Washington-based company received about £300,000 of cash donated by the public after Madeleine vanished from the Algarve resort of Praia da Luz in May 2007 at the age of three.

He was later forced to deny claims that the money was actually siphoned off to pay for first-class travel, luxury hotel suites, a chauffeur and a mansion in Virginia in the US.

Adrian Gatton, a TV director and investigative journalist, who made a documentary with Halligen in 2014 for Channel 5  - The McCanns And The Conman - and who knew Mr Halligen well, previously confirmed to the Press Association that he had sunk into alcohol addiction.

He said Mr Halligen was "increasingly shambolic", adding: "His house was full of empty drink bottles. A lot of people wished him ill but his death is almost certainly related to alcoholism."

The McCanns used the Irish national's firm for around six months to look for their missing daughter.

The £500,000 contract saw the company hire private detectives, set up a hotline and process information.

The McCanns terminated the arrangement without paying the full fees because Mr Halligen apparently failed to fulfil certain agreements.

He was then extradited to the US in 2012 to face charges over an unrelated £1.3 million con, to which he pleaded guilty in 2013.

Dutch company Trafigura was targeted in the scam, being told by Mr Halligen that he needed funds to secure the release of two business executives who were arrested in the Ivory Coast.

In an interview for a 2014 Channel 5 documentary, Mr Halligen denied claims that he misused money raised to find Madeleine.

He said: "It is gross distortion of what was actually happening.

"The print media in particular took this line that really nothing was being done, I was living the high life on the proceeds of the McCann case.

"Trust me, I didn't buy so much as a new suit. The money, all of it, is fully accountable."

Coroner Simon Wickens opened and adjourned the inquest to July 2, adding that the date was subject to change.