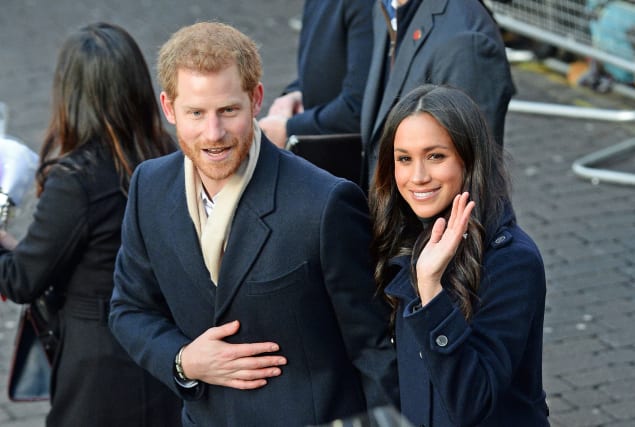 Two Conservative councillors from the local authority caught up in a row over rough sleepers and the royal wedding have quit the party group in protest.

Windsor and Maidenhead Council has been beset by criticism since leader Simon Dudley suggested beggars should be cleared from Windsor before Prince Harry ties the knot with Meghan Markle in May.

He survived a no-confidence vote held by the council's Conservative group on Monday night, prompting the immediate resignations of two Tory colleagues.

Paul Brimacombe and Asghar Masheed will continue as independents, with their party affiliation already updated on the council's website.

In a joint statement, the councillors said:  "Immediately following the announcement of the result of the no-confidence vote, Councillor Majeed and Councillor Brimacombe resigned from the Conservative group and departed the meeting.

"It was not considered appropriate by them to wholeheartedly disagree with the will of the group on this fundamental issue and yet to remain within the group.

"Councillors Majeed and Brimacombe will continue to represent the residents of Oldfield and Cox Green respectively as independent Conservative councillors, with the same core values upon which they were elected."

It is expected that the opposition group within the council will attempt to oust the council leader with a no-confidence vote on January 29.

Controversy erupted when Mr Dudley said beggars could present the town in a "sadly unfavourable light" when the royal wedding goes ahead in the spring.

In a letter to police, he complained about "aggressive begging and intimidation", and "bags and detritus" on the streets.

A petition to stop rough sleepers being taken off the streets attracted tens of thousands of signatures, while comedian Russell Brand urged neighbouring Slough Council to donate an existing building to help the homeless in the Windsor area.

Mr Dudley later apologised for his comments and said he was not referring to genuine homeless people, and that he regretted referring to Harry and Ms Markle's wedding at the time.