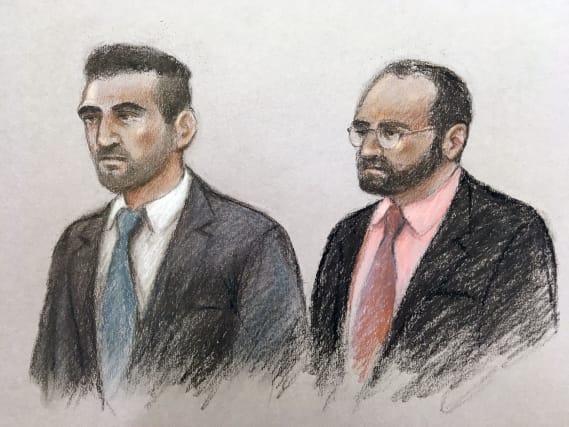 One of the young women allegedly kidnapped, raped and slashed by an obsessed builder has dismissed his claim that they had consensual sex five times as "disgusting".

Ms Dookhran's body was found stuffed into a freezer after the other woman raised the alarm and was taken to hospital with slashed wrists and neck, the Old Bailey has been told.

The prosecution allege Arshid abducted the pair and took them to a property he was renovating to satisfy his sexual fixation with them.

The survivor, who also claims Arshid sexually assaulted her when she was under age, was cross-examined by the defendant's lawyer, Judith Khan QC.

The barrister suggested the witness had "exaggerated" violence towards her in online chats with her friends.

She asserted that Arshid had only slapped her two or three times.

On the suggestion that she had kissed the defendant on one occasion, she said: "Hell no."

Ms Khan went on: "It was the following day you had sexual intercourse with him?"

Speaking from behind a curtain in court, the witness replied: "That's disgusting. I would never do that."

The lawyer said: "You had intercourse with him on about five occasions consensually."

The woman burst into tears as she said: "He's lying. It never happened."

The day before her death, Ms Dookhran's family tried to persuade her to split up with her Libyan boyfriend, the court heard..

Some "harsh" words were exchanged, leaving the victim "very upset" and intent on running away, Ms Khan said.

The lawyer said: "Celine was very upset. She had already attempted to run away and she was still upset the following morning."

The witness said she spoke to Ms Dookhran that night and told her: "Don't let it get to you. Get some rest. We'll speak tomorrow properly."

Arshid, of no fixed address,  denies murder, attempted murder, rape of both women and the previous sexual assault and assault by penetration of the surviving woman when she was about 13.

Together with labourer Vincent Tappu, 28, from Acton, west London,  he has also pleaded not guilty to the women's kidnap and false imprisonment, and possession of a firearm with intent.