We treasure this relationship, says US's Tillerson after talks with Johnson 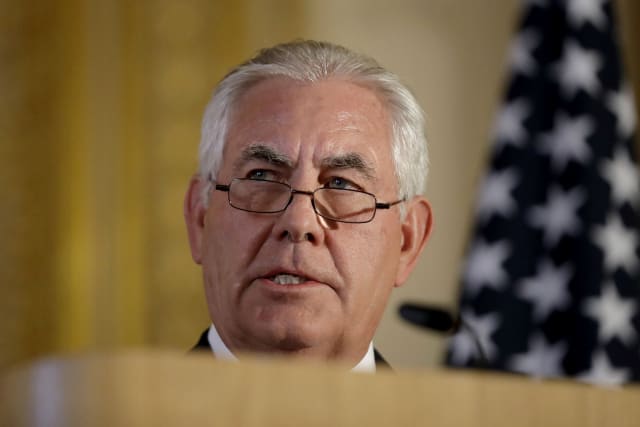 US Secretary of State Rex Tillerson has reaffirmed America's commitment to the "special relationship" with Britain amid reports of strains between London and Donald Trump's administration.

Following talks in London with Foreign Secretary Boris Johnson, Mr Tillerson said the US continued to "treasure" its transatlantic ties with the UK.

"We also view this as the special relationship. It has been and will be," he said.

"We spend a lot of time talking about the world's problems. Sometimes we forget about the importance of our own relationship.

His comments came as Theresa May is expected to meet Mr Trump at the World Economic Forum in Davos, Switzerland, later this week.

Their meeting takes place amid reports that the president is unhappy after the Prime Minister publicly criticised him last year for retweeting inflammatory videos posted by the far-right Britain First group.

Mr Trump unexpectedly announced that he would not be travelling to London for the opening of the new US Embassy building in February.

"It is always worth saying that the relationship between the US and the UK is absolutely fundamental to our diplomacy but also to our economy," he said.

Both men called for "restraint" on all sides following the incursion by Turkish forces into northern Syria, where they are attacking Kurdish fighters supported by Britain and the US.

Mr Tillerson said: "We are concerned about the Turkish incident in the north of Syria."