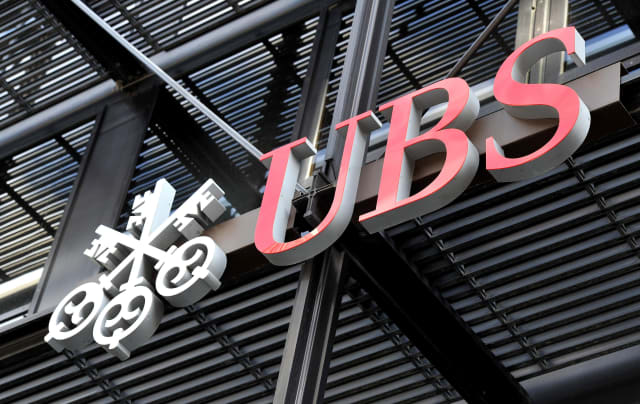 UBS will not wait for details of a possible transition deal before triggering its Brexit contingency plans "in early 2018", risking the loss of up to 1,000 UK jobs.

The Swiss banking giant detailed the plans in its fourth quarter earnings report, in line with expectations that a raft of international firms will be forced to start moving jobs and EU client operations by the end of March.

"The UK is still expected to leave the EU in March 2019, subject to a possible transition period," UBS noted.

"We intend to begin implementation of contingency measures in early 2018."

It could mark the first major bout of Brexit-related financial job losses, with the bank having previously signalled that it could move up to 1,000 of its near 5,000-strong UK staff involved in operations dependent on passporting to the EU.

City firms have been urgently calling on Brexit negotiators to strike a deal that would extend EU market access for financial services after Britain leaves the bloc, with others looking for a bespoke deal aimed at safeguarding the sector.

Without a transition deal in place, banks based in the Britain would lose passporting rights, which allow them to do business across the single market - creating less incentive to stay in the UK.

French President Emmanuel Macron told Prime Minister Theresa May last week that the UK would have to abide by European legal jurisdiction and contribute to the Brussels' budget if the City of London was to be covered by a deal after Brexit.

But the UK Government has been working to emphasise Britain's commitment to the sector, leading to Mrs May and Chancellor Philip Hammond hosting a roundtable with banking and insurance bosses earlier this month.

The Prime Minister told chief executives that Britain was still aiming to agree to an implementation period by the end of March, while business leaders themselves were calling for as much certainty as possible.

But if politicians fail to deliver, businesses are expected to flee to rival financial hubs including Dublin, Paris, Frankfurt and Luxembourg, where they can continue to benefit from passporting rights.

EU lender Deutsche Bank is preparing to settle more of its transactions out of Frankfurt, and is likely to move hundreds of staff from London, while HSBC has said it is on course to move up to 1,000 jobs to France where it already has a full service universal bank after buying up Credit Commercial de France in 2002.

Others, like JP Morgan, which currently has 16,000 staff in the UK, will ramp up operations at a number of its EU sites with plans to move up to 1,000 London front and back office roles.

US peers Goldman Sachs and Morgan Stanley are also looking at spreading staff across a number of European cities after Brexit.