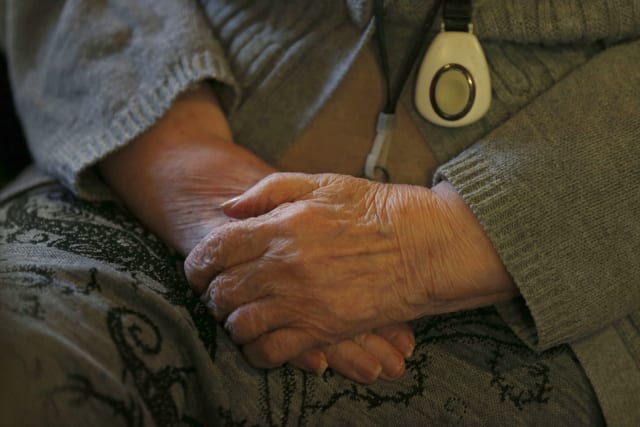 More than a million elderly people could be going hungry in their own homes, a parliamentary report has warned.

A cross-party group of MPs and peers warned that malnutrition among the elderly was costing the NHS and social services £11.9 billion a year, with the bill set to surge to £15.7 billion by 2030.

They urged the Government to consider withdrawing Winter Fuel Payment from the richest pensioners to fund community projects which aim to ensure vulnerable older people eat at least one hot meal a day.

Main causes of malnutrition among the elderly include loneliness and isolation caused by bereavement or illness, the closure of local shops and the loss of community transport facilities or Meals on Wheels, said the report from the All-Party Group on Hunger.

Malnourished older people are more vulnerable to accidents and ill health and are also more likely to take longer to recover or heal, meaning prolonged stays in hospital.

The group called for action to improve public data on malnutrition and to ensure those at risk are identified and helped in the community.

Supermarkets can help by offering lunch clubs, subsidised transport and "assisted shopping" sessions, with slow checkout lanes to allow elderly people to shop at their own pace, said the report.

The group's chairman Frank Field said: "Hidden beneath the radar, there are malnourished older people in this country spending two or three months withering away in their own homes, with some entering hospital weighing five and a half stone with an infection, or following a fall, which keeps them there for several tortuous days, if not weeks.

"The elimination of malnutrition amongst older people is urgently required for the sake of the NHS, and social care services, but above all for purposes of humaneness.

"Hence our central recommendation in this report, for a series of innovative pilot schemes that feed and care for older people."

Margaret Willcox, president of the Association of Directors of Adult Social Services, said it would be "extremely challenging" to provide individualised care for people at risk of malnutrition when the sector is already facing a £2 billion funding shortfall by 2020.

"Imposing a further duty on social care providers is the wrong approach," she said.

"The way forward is to deliver more personalised care, and that requires more resources, not more rules.

"Placing more duties on already-pressured social care staff to tackle one issue, rather than providing the funding needed to address the underlying care crisis, will hinder rather than help."

Izzi Seccombe, chairman of the Local Government Association's Community Wellbeing Board, said: "Significant funding pressures on councils are already threatening services that elderly people and their friends and families rely on, particularly meals on wheels and luncheon clubs.

"Urgent extra funding for social care - key to effective prevention work - will help protect older people from malnutrition and save the NHS money.

"Government needs to address this in the forthcoming final Local Government Finance Settlement before the social care green paper, which is months away and is likely to take a long time for its promised reforms to be implemented."