Labour will 'take back control' of outsourced contracts from 'risky' companies 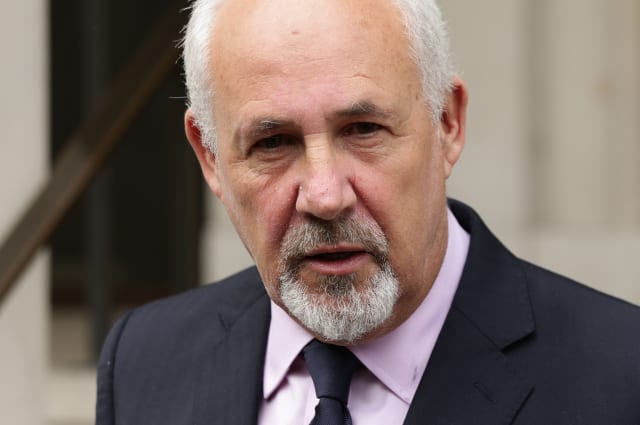 Labour has announced further plans to crack down on "unstable" private companies "hoarding" public sector contracts in the wake of Carillion's collapse.

Shadow cabinet office minister Jon Trickett said Labour would "take back control" of contracts from firms engaging in "risky behaviour" by either re-tendering them or "bringing them back in house".

Under the tougher rules to tackle "rip off" or risky behaviour in future contracts, if a company fails in these areas they will be designated "high risk", allowing the government to bring the work in house or forcing the firm to agree an improvement plan.

Mr Trickett said: "The Tories have handed over multimillion-pound contracts to large companies, regardless of how unstable those firms are.

"The Government is overseeing a race to the bottom in these firms' standards, turning a blind eye to blacklisting, tax avoidance and a whole host of other questionable behaviours.

"Theresa May has said she is a customer of these huge companies, but she's actually the Prime Minister and should act accordingly.

"Labour would act decisively, in contrast with the weakness of the current Government, and if outsourcing firms cannot guarantee their business standards, we will take back control of contracts as soon as possible."

Among Labour's new "risk" rules, private companies bidding for government work would have to give full trade union recognition for workers and comply with collective bargaining agreements.

They would have to "move towards" a pay ratio of 20-1 between top earners and the lowest paid, over a "transitional period", as well as paying suppliers the full amount owed within 30 days.

Private companies bidding for public work would also need to maintain environmental standards in relation to energy use, emissions and waste disposal, while taking "appropriate" measures to help the transition to a low carbon economy.

Firms will also be required to provide training and apprenticeships, comply fully with tax laws, and adopt best practices in equal opportunities.

Labour in government would also provide protections by retaining the right to re-tender contracts or take them back in house if a supplier is sold by its parent company or if the core functions of a government contract is subcontracted.

The announcement comes after Jeremy Corbyn said Labour would radically shake up procurement rules to stop the government or local authorities outsourcing services unless they are failing.