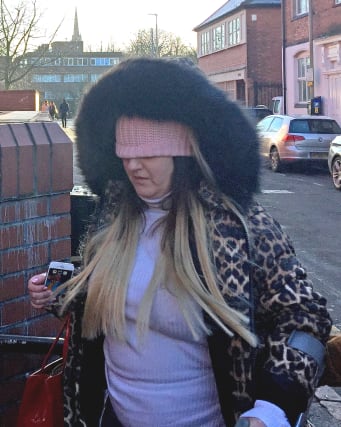 A former pole-dancer has been jailed for four years after entering a suicide pact with a postman then leaving him to die alone.

Natasha Gordon backed out of the agreement with 31-year-old Matthew Birkinshaw on December 17, 2015, getting out of his car before he killed himself.

The 44-year-old ex-model was described during her trial as an "enthusiastic advocate" of suicide - attempting to arrange other pacts within hours of Mr Birkinshaw's death.

Royal Mail employee Mr Birkinshaw, of Walsall, West Midlands, was pronounced dead at 7.24pm just after he was found in his Fiat Punto at Rutland Water in Oakham, Rutland.

Sentencing Gordon on Friday, Mrs Justice Cheema-Grubb said: "This was a serious case because Matthew Birkinshaw actually took his own life after your encouragement.

"I have found you misled him into believing you were genuine and firmly intent on committing suicide with him, although you were not fully committed."

Gordon, of Paston Ridings, Peterborough, denied a single charge of encouraging Mr Birkinshaw to take his own life but was convicted by a jury at Leicester Crown Court in December.