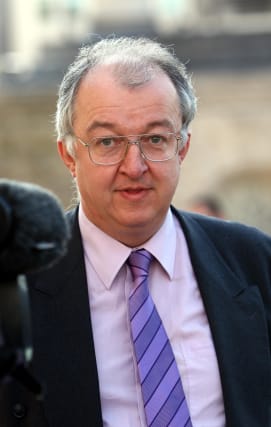 A family court judge must explain why a concert pianist has been jailed, a campaigner says.

Former Liberal Democrat MP John Hemming says the man is on hunger strike in a prison hospital after being jailed for contempt of court by a family court judge late last year.

Mr Hemming, who campaigns for improvements in the family justice system, says the judge who imposed the sentence is in the wrong because a ruling explaining the case has not been published.

The man, who was living in Kent, has been embroiled in a long-running family court dispute with social services staff at Medway Council over the care of his teenage son.

Detail of the dispute has emerged in rulings published on legal websites in recent years following private family court hearings.

Judges have heard how the man had been caring for his son until early 2015.

The youngster was taken from home after social workers raised concerns about his home life and a judge decided that he should go into long-term foster care.

Judges said the boy could not be identified and have warned the man not to name his son in connection with the case on any internet post.

In late November the man posted a tweet saying a hearing at a family court in Canterbury, Kent, was imminent and he expected to be jailed for naming his son on Facebook.

Judicial heads have twice in recent years laid down rules relating to procedures judges must follow when considering applications to commit people to jail for contempt in a bid to ensure that no-one is jailed in secret.

In March 2015 Lord Thomas, then the lord chief justice and most senior judge in England and Wales, said "open justice" was a "fundamental principle". He said the general rule was that committal hearings were staged in public, people involved were identified and rulings were given in public.

"For years we have been assured that there will be judgments every time someone is imprisoned for contempt," said Mr Hemming, who originally raised concern about the case in December.

"There is a man in an English prison who is in the process of starving himself to death.

"However, the system has not yet managed to publish a judgment to explain why he has been locked up."

He added: "The judge who made the decision must publish a ruling in line with the rules and this man should be identified."

A spokesman for the Ministry of Justice has said he cannot comment.

A spokeswoman for Medway Council has also said she cannot comment.