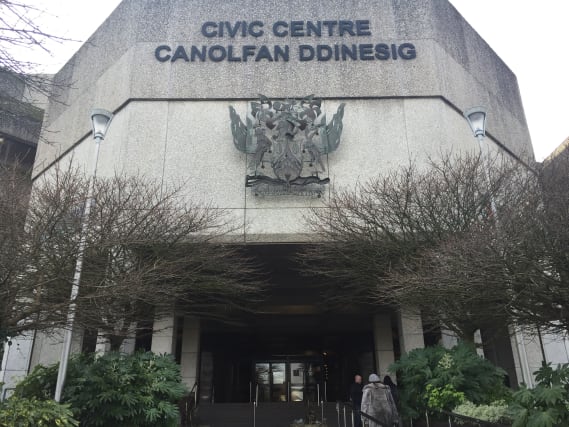 The director of a pub chain where a worker died after becoming trapped in a lift was "utterly shocked" when he found out staff had been overriding its safety mechanism, an inquest heard.

Cyran Stewart was moving chairs in Walkabout Swansea at around 3.20am on February 24 2014 when he was crushed by the furniture.

The emergency services battled to free the 20-year-old, who was trapped for a total of 31 minutes, but he died four days later having never regained consciousness.

An inquest into his death in Swansea heard Mr Stewart was cleaning up after the popular Carnage student night at the Swansea city centre venue and the alarm was raised after a colleague heard a scream.

Walkabout was owned by pub chain Intertain at the time but has since been sold.

On Thursday, Mike Foster, then one of Intertain's three directors said in 2014 the company ran around 32 venues in the UK and had outsourced its health and safety management to Perry Scott Nash (PSN) to carry out audits on its venues, provide training and investigate accidents or incidents.

Mr Foster, who has been present throughout the inquest, which started on January 10, said there was "stunned disbelief" following Mr Stewart's death as they tried to "understand exactly what had happened".

He told jurors he had not previously been aware that some staff at the venue overrode a safety mechanism used to ensure the lift's internal doors were closed before the lift could be operated.

"We were utterly shocked when we were told what had been going on," he said.

"We found it difficult to understand how on earth that practice could ever have developed.

"In the immediate aftermath it was stunned disbelief just trying to understand exactly what had happened."

Mr Foster said he was not aware, until hearing evidence at the hearing in Swansea's Civic Centre, that the safety mechanism could be overridden from inside the lift and had thought the lift operator would have had to put their hand outside it.

"No one had ever flagged that up to us," he said.

"PSN did regular site visits ... I am not trying to shift blame on to other people, absolutely not, but the fact that something could be designed in that way and it is left open for something to happen is just not what I would have expected."

Coroner Colin Phillips said the inquest heard evidence that some people were using the lift properly but it seemed to be "common knowledge" among junior members of staff that the safety mechanism could be overridden "but it didn't filter up".

He asked Mr Foster how it might have been possible to address concerns about the lift.

The inquest previously heard the lift doors could be opened manually in an emergency with the use of a V plate key but the key was missing when Mr Stewart got trapped.

Mr Foster said of the key: "Part of me says that would have been great if that had been immediately available but given some of the other activities (at the venue), if that was readily available to people would we have opened ourselves up to even greater risk because we would have had junior staff opening up the gates?"

Swansea Coroner's Court heard a number of other members of staff at the venue got stuck in the lift and had to be freed prior to that night - but the issue
had not been reported to those looking after the firm's health and safety.

Jurors have been asked to return for summing up of the evidence on Tuesday at 10.30am.