2017 was hottest year on record without 'El Nino', scientists say 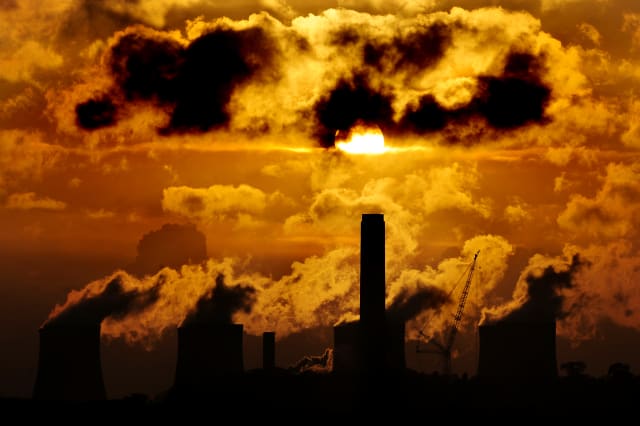 Last year was the hottest on record without the influence of an "El Nino" weather pattern that helps push up global temperatures, scientists said.

Figures from a series of different international analyses show that, overall, 2017 was one of the three hottest years on record, with temperatures around 1.1C above pre-industrial levels.

Last year's temperatures were outstripped only by the record heat of 2016, and in some of the analyses by 2015.

Both 2016 and 2015 saw a significant El Nino, a natural phenomenon in the Pacific ocean that increases temperatures on top of human-induced global warming.

The main contributor to the rising temperatures over the last 150 years is human activity, such as burning fossil fuels which puts heat-trapping greenhouse gases into the atmosphere, the scientists said.

One of the analyses of global temperatures is done by the Met Office Hadley Centre and the University of East Anglia's Climatic Research Unit.

Dr Colin Morice, of the Met Office Hadley Centre, said: "The global temperature figures for 2017 are in agreement with other centres around the world that 2017 is one of the three warmest years and the warmest year since 1850 without the influence of El Nino.

"In addition to the continuing sizeable contribution from the release of greenhouse gases, 2015 and 2016 were boosted by the effect of a strong El Nino, which straddled both years.

"However, 2017 is notable because the high temperatures continued despite the absence of El Nino and the onset of its cool counterpart, La Nina."

Professor Tim Osborn, director of research at the University of East Anglia's Climatic Research Unit added: "It isn't only the average global temperature that matters: we can also explain the geographical pattern of the warming.

"Greater warming over land and in the Arctic region, and less warming in the sub-polar regions, are what we expect from our understanding of climate physics, and this is what we observe."

The World Meteorological Organisation (WMO), which brings together five leading international datasets, said temperatures were on the rise over the long term.

WMO secretary-general Petteri Taalas said: "The long-term temperature trend is far more important than the ranking of individual years, and that trend is an upward one.

"Seventeen of the 18 warmest years on record have all been during this century, and the degree of warming during the past three years has been exceptional.

"Arctic warmth has been especially pronounced and this will have profound and long-lasting repercussions on sea levels, and on weather patterns in other parts of the world."

And he said 2017's warm temperatures were accompanied by extreme weather in many countries around the world.

The US had its most expensive year ever in terms of weather and climate disasters, while other countries saw their development slowed or reversed by tropical cyclones, floods and drought, he said.

President Donald Trump has announced his intention to pull the US out of the Paris Agreement, the world's first comprehensive deal on cutting greenhouse emissions, which would leave the US as the only country not signed up to the treaty.