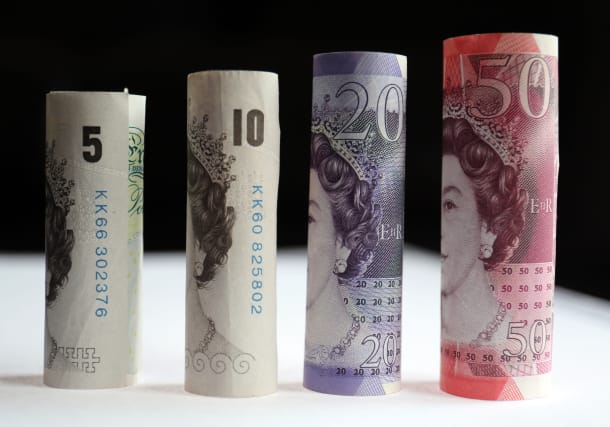 The "longstanding erosion" of teachers' pay must end, unions have warned, arguing that school staff must be "fairly and appropriately rewarded".

Teachers and school leaders have faced seven years of pay cuts at a time of "unprecedented levels of change" in the education system, including new curriculum and exam systems, according to five teaching unions.

In a joint statement to the School Teachers' Review Body (STRB), they said it is a "matter of fairness and justice" that school workers get an annual cost of living increase that ensures their wages keep pace with rising prices.

The statement comes just days before the deadline for submissions to the STRB, which recommends pay increases for the teaching profession.

Last year, the STRB recommended a 1% hike to all teachers' pay ranges, apart from the main pay range, which it said should see a 2% increase at minimum and maximum of the scale.

The recommendation, made last summer, was accepted by government.

Since then, the government has signalled that it will look at easing limits on pay for public sector workers.

"Our organisations, representing the overwhelming majority of teachers and school leaders, have set out our strongly held concerns about the longstanding erosion of pay across the teaching profession as a whole," it says.

"The teaching profession has faced unprecedented levels of change over the last seven years, including the introduction and implementation of a new national curriculum and new assessment systems across all phases of education, but has at the same time seen its pay fall both in real terms and compared to other professions."

The statement goes on to say: "We believe that after seven years of reductions in the real pay of the teaching workforce, it is now time for the Government to make a restorative pay award to teachers and school leaders to ensure that they are fairly and appropriately rewarded."

It adds that last November, the unions wrote to then Education Secretary Justine Greening making a case for a five percent hike in pay from this September for all teachers and school leaders "as a first step to restoring pay levels in real terms".

"As a matter of justice and fairness, all teachers and school leaders require an annual cost of living increase to ensure that their salaries keep pace with rising prices, so that no teacher or school leader is worse off in real terms from year to year," the joint statement says.

The unions also note that any pay rises must be fully funded by government, as schools are facing a squeeze on budgets.

The STRB is one of a number of independent bodies that put forward recommendations for wage increases, which are then accepted or rejected by Government departments.

In recent years, these recommendations have been affected by a Government cap on public sector pay as part of austerity measures.

After the 2010 general election, there was a two-year pay freeze with school staff receiving a zero increase in 2011 and 2012. Since then, there has been a cap of 1%.

A Department for Education spokeswoman said: "Our reforms have given schools greater freedom than ever before on teacher pay, and we expect them to recognise and reward the best talent working in our schools.

"We have also written to the independent School Teachers' Review Body to say that they should take account of the Government's new more flexible approach to public sector pay."