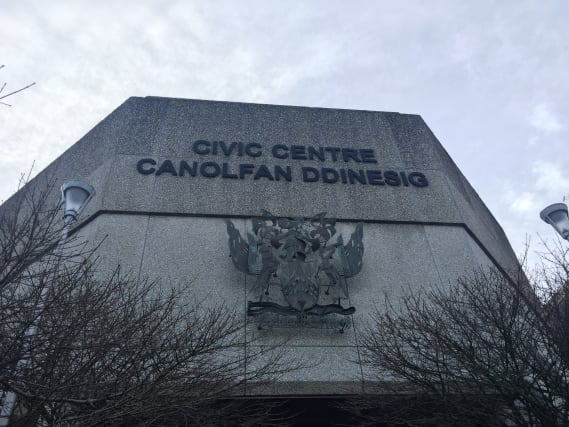 Members of staff at a bar where a worker died after getting trapped in a service lift did not report any incidents with it before his death, an inquest has heard.

Barman Cyran Stewart, 20, was rushed to hospital after helping to move furniture while cleaning up after the popular Carnage student night at the Walkabout bar in Swansea city centre on February 24 2014.

An inquest heard Mr Stewart, who died four days later having never regained consciousness, had loaded the chairs into a service lift in the venue to bring them back up into the bar from the cellar where they had been moved ahead of the busy night, when he became trapped.

Swansea Coroner's Court heard a number of other members of staff at the venue got stuck in the  lift and had to be freed prior to that night - but the issue had not been reported to those looking after the firm's health and safety.

At the time the Walkabout bar was owned by pub chain Intertain, though it has since been bought by another company.

Sandra Moore, then a service manager for PSN, said staff at the venue were able to access PSN Direct - an online service which allowed users to report any incidents which could then be investigated further.

Near misses, slips, trips or cuts were all expected to be reported, she said, adding that someone getting stuck or trapped in the lift would definitely count as an incident.

"There weren't any reported," she said.

Ms Moore said she and colleagues carried out an investigation after Mr Stewart's death and found: "Training had been carried out, risk assessments were in order and it seemed an error that occurred should not have occurred."

The inquest, at Swansea Civic Centre, previously heard from Scott Davidson and Tim Eales, both then venue supervisors, who told jurors they had each become trapped in the lift on separate occasions and had to alert managers to come to free them.

The inquest heard a safety mechanism was used to ensure the lift's internal door was closed before the lift could be operated, but could be overridden.

Mr Davidson said he overrode the safety gate on the lift once when he was new in the job, but was not aware if it was a regular practice among staff.

He said he would service the lift once every six months and was called out to breakdowns with it "many times" or "once a month or maybe twice".

Mr Watts was asked if he was aware it was possible to override the safety mechanism on the internal door.

He said he "would not do it" as there was a chance you could be electrocuted and said he was not aware of anyone at the venue doing it.

Mr Watts said the lift was "very old" and "in need of modernisation".

"There was work they could have done in the lift... but all I could do was recommend they have this work done," he added.

The emergency services were called around 3.20am on February 24 2014 after a colleague heard screaming and realised Mr Stewart was trapped, pressed against the side by chairs.

Firefighters had to use mechanical jaws to prise the doors open but Mr Stewart had been trapped for 31 minutes by the time he was released.