Support for both Labour and SNP down, according to poll 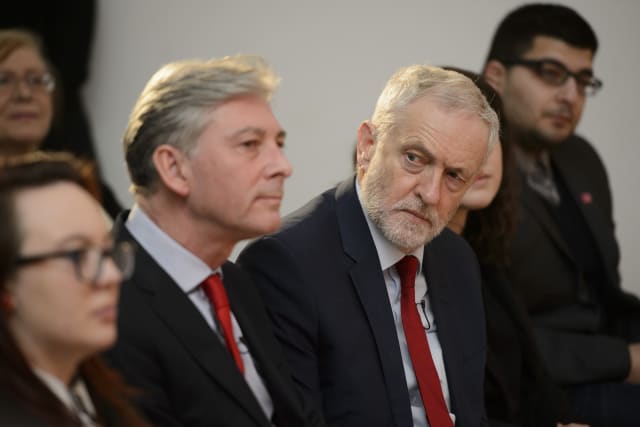 A new poll has shown support for Labour in Scotland falling at the same time as Jeremy Corbyn's approval rating has turned negative.

Research by YouGov for The Times Scotland revealed the UK Labour leader has a personal approval rating of -3, compared to the +20 he scored three months ago.

The latest poll showed while 40% of Scots think Mr Corbyn is doing a good job, 43% described him as doing "badly".

t the same time the number of people who said they would vote Labour at either Holyrood or Westminster has fallen, according to the research.

In a UK general election the party would come second to the SNP in Scotland, with 28% of those questioned saying they would support Labour - down from 30% in October 2017.

And support dropped two points in both Holyrood votes, going from 25% to 23% in the constituency vote and from 24% to 22% on the regional list vote.

The YouGov poll - for which 1,002 people were questioned between January 12 and 16 - also showed backing for the SNP falling, though Nicola Sturgeon's party remains easily the most popular in Scotland.

The SNP would win 36% of Scottish votes in a general election, according to the research, a drop of four percentage points from October.

Support for the party in the Holyrood constituency vote fell by the same amount to stand at 38%, while backing in the list section was down three percentage points to 32%.

The poll recorded a slight drop in support for independence, with this standing at 43% - down from 44% in October 2017 and below the 45% achieved in the 2014 referendum.

Meanwhile just over a third (36%) want a second vote in independence in the next five years, compared to 39% in October - with the proportion opposed to this increasing from 52% to 54% over the period.

A Scottish Labour spokesman said: "It is clear that Scots are getting increasingly fed up of the SNP constitutional fixation and their failures in Government.

"Only Labour is offering the real and radical change that Scotland needs. It's Labour that will invest in our people and communities, industries and public services and it is Labour that will develop an industrial strategy, argue for fair and well paid work, and tackle once and for all the blight of poverty that stains our country."

SNP business convener Derek Mackay said: "As Labour's support for a Tory hard Brexit has become clearer, Scottish public opinion has taken a dramatic turn against Jeremy Corbyn - while people haven't got a clue who Richard Leonard even is.

"Only the SNP has stood up for Scotland's interests after the Brexit vote in the face of a Tory government that thinks it can do what it wants to Scotland and get away with it - which is just one of the reasons why we have a 12 point lead after a decade in government."

Mr Mackay added: "The fact that Scotland is being dragged out of the EU against our will, with all of the damage that will cause to jobs and our economy, underlines the need for Scotland to control our own future. Independence would allow us to do so, and support for an independent Scotland, across a range of polls, remains at historically high levels."