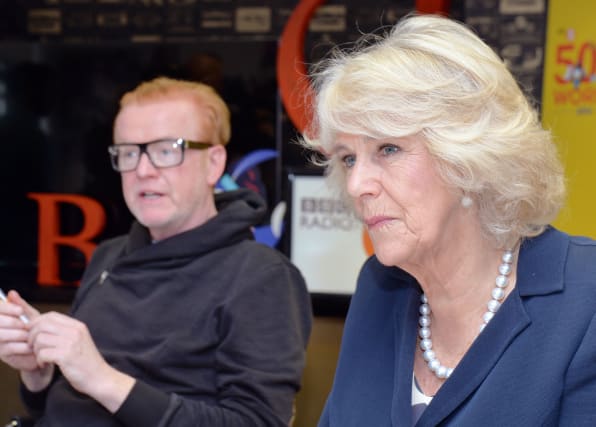 The Duchess of Cornwall has taken to the sky in the flying car Chitty Chitty Bang Bang with DJ Chris Evans to help launch a BBC children's creative writing competition.

Camilla soars over London in cartoon form in a short animated clip that heralds the start of BBC Radio 2's 500 Words competition.

The Duchess, who is an avid reader, patron of a number of literary organisations and has been supporting the writing competition since 2015, says in the cartoon "500 words, let your imagination run wild".

Evans also launched the competition on his Radio 2 Breakfast Show on Monday morning, telling his listeners the final will take place on June 8 during the Hampton Court Palace Festival.

Young writers vying for the bronze, silver and gold prizes in the two age categories, five to nine years and 10 to 13, have another goal to aim for.

The winners will be treated to a ride in Chitty Chitty Bang Bang - the flying car from the famous film - around the palace's grounds and down to the river where they will have tea on the River Thames in the Queen's rowbarge, Gloriana.

Evans said: "This year's 500 Words is going to be Chitty Bang-tastic.

"I encourage children across the UK to fire up their creative engines, accelerate their imaginations and go full steam ahead to write us an amazing story and perhaps see us at the live final in June."

Camilla has been an honorary judge of the competition since 2016, while the other judges are authors Malorie Blackman and Francesca Simon, screenwriter Frank Cottrell Boyce, and author and actor Charlie Higson.

"Last year we had a record 131,798 entries, and I'm so proud that Radio 2 is inspiring children all over the UK to get creative and produce such brilliant stories year after year."

The competition is now open and the closing date for entries is 7pm on February 22.