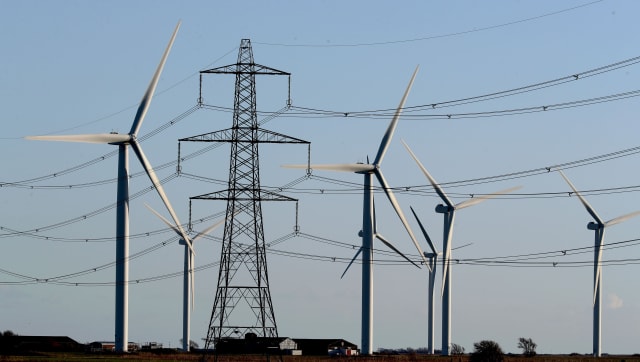 In December alone, more than 400,000 customers switched, a figure reached during 10 out of 12 months last year.

Some 28% of customers who switched moved to small and mid-tier providers rather than one of the "big six".

Lawrence Slade, chief executive of Energy UK said: "It is tremendous to see switching surpassing all expectations during 2017.

"Every year more and more customers are seeking out a better deal and potentially saving themselves hundreds of pounds a year.

"I would encourage all customers to spend a few minutes checking the deal they are on. You could save a lot of money on your current energy bill - whether it be with a new supplier or your existing provider."

Stephen Murray, energy spokesman at comparison site MoneySuperMarket, said the 2017 figures still represented fewer than one in five households in the UK.

He said: "The message for these households is clear - take matters into your own hands and switch your energy supplier today.

"Switching couldn't be simpler - it literally takes five minutes online to secure yourself a competitive fixed rate deal, either with a big six or smaller supplier.

"The average household can save £250 or more, and it's a quick and easy way to bring your bills down."

About 12 million households are believed to be still on expensive uncapped standard variable tariffs, despite a report from the Competition and Markets Authority which warned in 2016 that they were contributing to £1.4 billion in excess profits to energy companies.

Plans for a universal price cap were announced in the Conservative manifesto last year, but after the election Theresa May passed responsibility to Ofgem, which faced criticism for coming up only with proposals to protect the most vulnerable.

Frustrated by the lack of progress from the regulator, the Prime Minister announced legislation to rein in "rip-off" bills in her speech to the Tory conference in October.