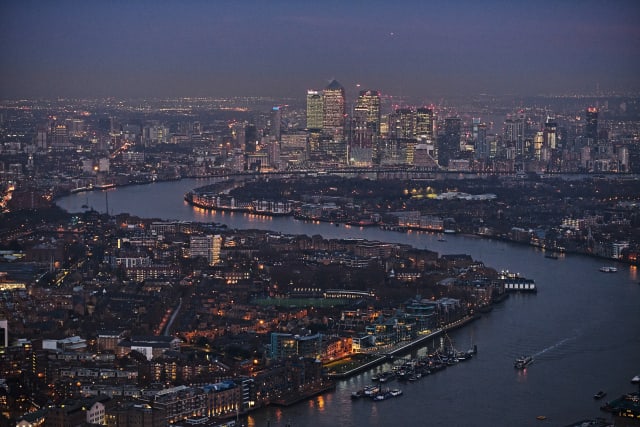 London's financial services industry suffered an "alarming" drop in vacancies last month with firms holding back on hiring plans as they mulled over relocation post-Brexit.

A report by Morgan McKinley has shown the number of jobs available in December fell 52% month-on-month - a much deeper decline compared to the near-30% drop experienced over the same periods in 2016 and 2015.

Year-on-year, the market experienced a 37% fall in vacancies which was a stark reversal of the 16% increase in job openings between 2015 and 2016.

While part of the drop can be chalked up to the Christmas lull, there were other forces at play with firms holding back on recruitment as they decided whether to relocate key operations to the EU ahead of Brexit.

Hakan Enver, Morgan McKinley's operations director for financial services, said: "In December, the City is abuzz with holiday parties not hiring, so a drop is to be expected, but for it to be such a seismic drop is alarming."

There has also been a notable decrease in the number of professionals willing to change jobs.

While the 40% month-on-month drop in job seekers was roughly in line with the past two years, the year-on-year figures show the "full impact of the 2017 Brexodus," Morgan McKinley said.

For the whole of last year, the number of job seekers tumbled 30% from a year earlier,  a stark difference to the relatively small 7% drop and 11% fall in 2016 and 2015, respectively.

"Brexit clobbered the City's workforce in 2017. Anyone sticking it out into 2018 is in it for the long haul," Mr Enver said.

Those that did make the leap to another firm were unlikely to see a massive change in salary, with the average increase around 14% for December.

That was one of the lowest increases for the entire year, alongside July 2017.

Mr Enver added that while mid-range staff - accounting for those with salaries between £48,000 and £65,000 - were making moves, many higher paid staff were likely waiting to pick up bonuses in the first quarter of 2018 before changing jobs.

Morgan McKinley also pointed to a recent BDO survey which showed the UK has dropped out of the ranking of top six countries for potential EU migrants.

While the UK's Minister of State for Immigration and International, Brandon Lewis, has said the issue of skilled worker visas was up 38%, it is unlikely to make up the difference.

Mr Enver said: "On the one hand, it's great that the UK is still being considered an attractive destination from countries outside of the EU.

"However, on the other hand, there are signs that European employees are becoming less captivated by the draw of working in this country."

The recruiting firm said the economy was now largely at the mercy of Brexit negotiations.

Mr Enver said: "2017 was the year we were told we'd have an exit strategy and a transition plan. We have neither."

"As new rounds of talks kick off, let's hope 2018 brings the much needed clarity and stability everyone's waiting for."

But Morgan McKinley is placing some hopes in growing interest in cyrptocurrencies, saying that despite regulatory moves to dampen Bitcoin speculation, asset managers could still experience a windfall.

"That's good news for employers, for professionals, and for government coffers."