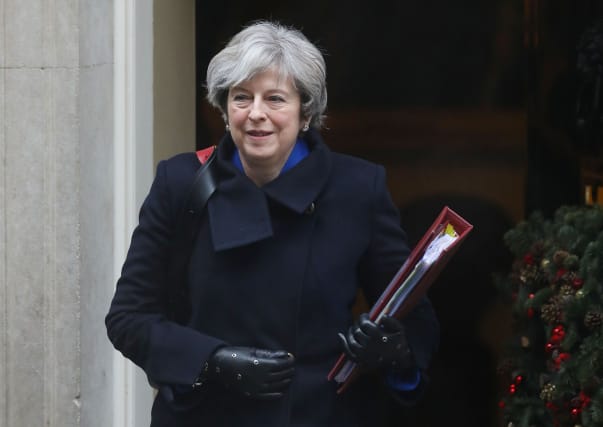 Goldman Sachs has said it is "pleased" to be meeting with Prime Minister Theresa May later this week as City heavyweights hope to stress the importance of securing a transition period after Brexit.

The Wall Street banking giant published a tweet on Wednesday confirming it was among a group of investment banks and market infrastructure firms that have been invited to meet with Mrs May and Chancellor Philip Hammond on Thursday.

"Pleased to see the PM @theresa_may and hear her views on how we can keep the City a vibrant centre of finance," a tweet sent by the main Goldman Sachs account said.

Junior Brexit minister Robin Walker is also expected to join from the Government's side.

But Conservative MP John Glen, who was handed the role of Economic Secretary to the Treasury and city minister this week as part of the Prime Minister's reshuffle, will not be taking part.

While his portfolio includes Brexit's impact on financial services, Mr Glen had already scheduled in a parliamentary debate on the role of banks in communities, which covers the recent spate of branch closures.

Given the attendance of the Chancellor and Prime Minister, his attendance was deemed less urgent given his prior engagements.

City representatives are expected to reiterate the importance of nailing down a transition period, and stress that the Government needs to shed light on whether contracts and agreements that businesses are entering into today will be valid and legitimate at the time Britain leaves the EU.

Without a transition agreement, there are fears of an abrupt end to passporting rights which allow London-based financial services firms to conduct business relatively seamlessly across the bloc.

It is hoped the round table will help drive home the issue to the Prime Minister, as the industry heads closer to the "point of no return" for Brexit relocation plans.

Both German and UK regulators said last year that the value of a Brexit transition period will start eroding by the start of 2018, as banks will be forced to secure their EU business by moving staff or key operations in lieu of a transition deal.

It would result in seeing businesses flee to rival financial hubs including Dublin, Paris, Frankfurt and Luxembourg.