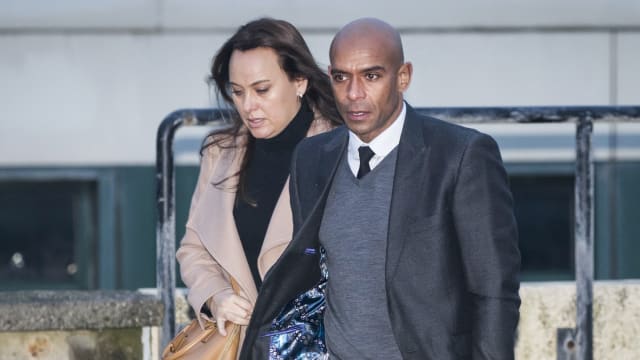 Former England star Trevor Sinclair racially abused a policeman after being arrested for drink driving whilst twice the limit, a court heard.

The 44-year-old TV pundit asked the officer if he was being arrested because he was black, accusing the police of racism before urinating in a police car, Blackpool Magistrates' Court heard.

Sinclair, a patron of the charity Kick It Out, continued being racist after he was taken to the cells at Blackpool Police Station.

Nick Freeman, representing Sinclair, said the "catalyst" for his behaviour that night was being subjected to racism, in front of his family, while out having a meal hours earlier.

Mr Freeman said a woman had approached the father of four, patting him on the head and calling him a "little chocolate man".

After Sinclair's guilty pleas the prosecution dropped other charges including assault on a police officer, failing to provide a specimen and criminal damage.

Sinclair is expected to be sentenced later on Tuesday.