Revellers gear up for New Year's Eve amid weather warnings 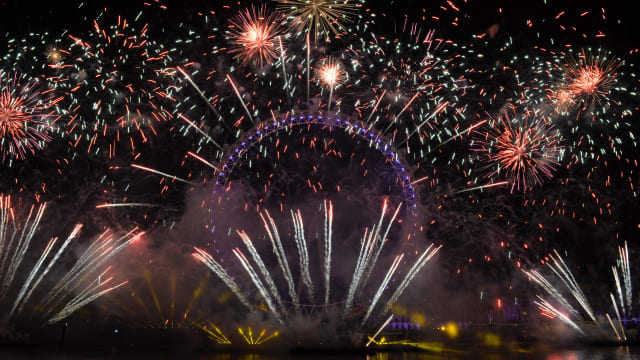 New Year's Eve revellers across the country are gearing up to see in 2018, but celebrations could be scuppered by stormy weather and travel disruption.

Weather warnings for wind have been issued for Northern Ireland and parts of Scotland on Sunday as Storm Dylan sweeps in, though the worst of the weather is expected to pass by the early afternoon.

Organisers of Edinburgh's Hogmanay have said the event will go ahead as planned despite gusts of up to 80mph predicted for the first half of the day.

In London, where more than 100,000 ticket-holders are expected to watch the New Year's Eve firework display on the banks of the River Thames, a dry evening is forecast.

Spectators flocking to the sold-out event have been urged to "be alert, not alarmed" and report any concerns to police.

Scotland Yard has confirmed that fewer Metropolitan Police officers will be working during the celebrations, despite the capital being hit by four terror attacks in 2017, but insisted resources would be "appropriate".

Superintendent Nick Aldworth said on Friday: "We are providing a proportionate number of officers based on the threat, number of people coming, and the secure environment we've been able to build.

"We have fewer officers policing here this year but they represent the appropriate number of resources that we need."

Party-goers travelling to and from London Waterloo, the busiest train station in the country, have also been warned to prepare for rail disruption due to strike action.

Members of the Rail, Maritime and Transport (RMT) union on South Western Railway and CrossCountry will walk out for 24 hours on Sunday in long-running disputes on issues including the role of guards on trains.

This year's London fireworks will feature a soundtrack dominated by female artists to mark the centenary of women being granted the vote.

Songs by Aretha Franklin, Annie Lennox, Ariana Grande, Dua Lipa and Florence Welch will be among those included in the women-only second half of the world-famous show.

Big Ben's famous bongs will ring out at midnight, having been turned back on during the festive period, before more than 10,000 fireworks light up the sky during the 12-minute display.

In Edinburgh, tens of thousands of people are expected to welcome in the new year at the Hogmanay celebrations - one of the world's biggest street parties.

Rag'n'Bone Man will headline the Concert in the Gardens, with Declan McKenna and Nina Nesbitt as support acts.