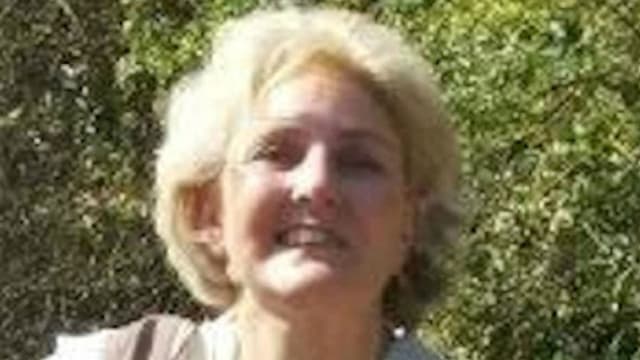 The family of a grandmother murdered as she house-sat for friends four years ago have said they do not want revenge - just answers.

Valerie Graves was found bludgeoned to death in bed at around 10am on December 30 2013, in the ground floor bedroom of a £1.6 million house by the sea in Bosham, West Sussex.

The 55-year-old artist's ex-partner Roy Wood, father to her children Tim Wood and Jemima Harrison, said on the fourth anniversary of her death: "We are just waiting and hoping that one day we will know what happened.

"None of us feel a thirst for revenge. We would want (the killer) to be caught so they cannot do it again to someone else.

"You always feel that if you know someone had committed a serious crime, you should be coming forward."

Ms Graves' children, who will spend time with relatives on the anniversary to celebrate her life, previously described Christmas as being on hold while the killer remained at large.

Mr Wood, 69, of Portslade, East Sussex, added: "It gets to be a funny time of year for the family.

"Because it was the festive period when she died it taints it a little bit. It's something we've spoken about a lot over the last couple of weeks.

"It's very difficult (for the children) because they are like a part of what happened. They hear from the police from time to time but there's no news.

"We all live in this era of watching something on television where it gets solved in six episodes. We have that expectation. It doesn't happen like that in real life."

Ms Graves had recently moved from Scotland to Bracklesham Bay.

She died just days after her birthday while house-sitting at the Smuggler's Lane mansion - with her mother Eileen, her sister Jan and her sister's partner Nigel Acres - for family friends the Chamberlains who were on holiday in Costa Rica.

She was last seen alive at around 10pm the night before.

There were no signs of a struggle but a post-mortem found she had severe head injuries after being hit with a claw hammer, probably around midnight.

Sussex Police launched one of the biggest investigations in its history, initially saying they were confident they would catch the killer.

But the case remains unsolved despite an exhaustive forensic search and a massive voluntary DNA screening in which all men over the age of 17 who lived, worked or visited the village were asked to provide a sample and thumbprint to eliminate themselves from the inquiry.

To date 2,819 samples have been collected. They have all been tested apart from 19 which are still at the laboratory, the force said.

Officers found the weapon 600 metres from the house in Hoe Lane. Water had washed away most traces of evidence apart from Ms Graves' DNA and a partial profile indicating the suspected killer was a man. No match for this profile has so far been found.

A 22-year-old man was arrested in 2014 and released without charge.

An inquest last year ruled her death was an unlawful killing and West Sussex coroner Penelope Schofield said she hoped publicity about the case would lead to the attacker being caught.

Police are still offering a £10,000 reward for information leading to an arrest and conviction.

Detective Superintendent Jason Taylor said: "Officers and staff from the investigation team remain determined to find Valerie's killer and get justice for her and her family, and we continue to do everything reasonably possible to achieve this."

The death was described as the "Midsomer Murder" as the seaside village featured in an episode of the ITV drama.

The idyllic setting has featured in several TV murder mysteries, including an adaptation of Agatha Christie whodunnit The Adventure of the Italian Nobleman in which Hercule Poirot exposes a male killer with the surname of Graves.

Three years after Ms Graves death, ITV filmed another crime drama on location in the village.

Four-part series Innocent, starring Cold Feet actress Hermione Norris and Lee Ingleby, will tell the story of David Collier who is convicted of murdering his wife but is appealing the sentence after serving seven years in prison.

It is anticipated, but not confirmed, to air next year.

Anyone with information which may help the investigation can call Sussex Police on 101 quoting Operation Ensign or Crimestoppers on 0800 555 111.