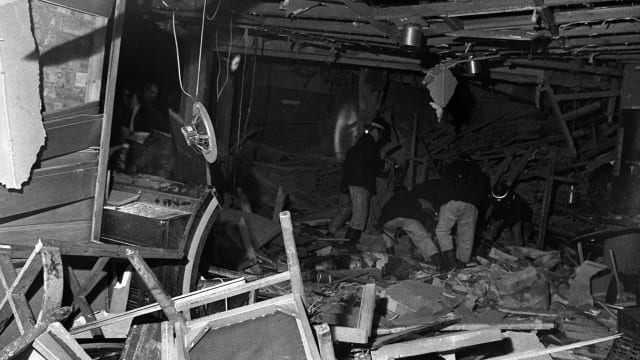 The Birmingham Six's Paddy Hill accused successive Irish governments of abandoning them in their fight for freedom, newly declassified state papers have revealed.

In a handwritten letter from his cell in HMP Gartree on September 10 1987, Mr Hill said they had been offered nothing but false hope and false promises.

The note was laden with emotion and anger. And in it he penned the iconic words he would voice so emotively on the day he was freed.

The damning assessment of those who incarcerated him for 16 years is almost word for word what he delivered when he grabbed a microphone on the street outside the Old Bailey in 1991.

At the time of the letter Mr Hill had been in jail while four different taoisigh (Irish prime ministers) took office - Liam Cosgrave, Jack Lynch, Garret Fitzgerald and Charles Haughey.

He said governments had done little or nothing to support him and the five others.

"The only thing successive Irish Governments have done is help to keep INNOCENT IRISHMEN in prison," he wrote.

The Birmingham Six - Hill, Hugh Callaghan, Gerard Hunter, Richard McIlkenny, William Power and John Walker - were wrongly jailed for life in 1975 in England for the IRA bombings which killed 21 people.

After protracted campaigns their convictions were eventually quashed in the appeal court.

Mr Hill's two-page letter to Senator Paschal Mooney, and forwarded on to the Department of Foreign Affairs, was released by the National Archives along with a tranche of other files relating to the case under the 30-year rule.

It reveals deep and justifiable anger at his incarceration - at that time he had served 12 years.

Mr Hill accused Irish politicians of lacking courage and questioned why a cross-party delegation wanted to see him in prison.

"I won't be seeing any representatives of any Irish party. As far as I'm concerned they are all a load of shit," he wrote.

"I had enough of them when they visited us at Long Lartin and they still haven't had the courage to publicly declare that we are innocent and that we were TORTURED + FRAMED for something we nothing about.

Hill went on: "We learned a long time ago that we could expect little or no help from the Irish Government and everything to date bears that out.

"The only thing they have done for us is to give us FALSE HOPE and FALSE PROMISES. We got this far without the help of the Irish Government and we will prove our INNOCENCE without their help."

"It is preferable, in my judgment, for the Government's view to be conveyed, as a general rule, privately to the British Government," he said.

In a separate open letter from Mr Hill earlier that year he said the Birmingham Six were willing to undergo hypnosis, the truth drug and lie detector tests to prove their innocence.

He attacked the Government for what he said was a lack of courage towards their case.

"If they do not act publicly then the possibility of us ever being free is very slim," he said.

Another of the Six, Richard McIlkenny, wrote to the Government from Wormwood Scrubs on August 22 1987.

He warned that ratification of an extradition treaty between the UK and Ireland was a "grave mistake" while they were still in prison.

"Justice cannot be bought. If this extradition treaty is signed on December 1 then I feel strongly that we and the other innocents can say goodbye to any chances of freedom no matter how strong the evidence on our behalf," he said.

Another file revealed SDLP deputy leader Seamus Mallon told an Irish official in August 1987 that he was nervous of getting involved in campaigns for the Birmingham Six, Guildford Four and the Maguire Seven at Westminster.

He thought campaigners, including Chris Mullin MP and Labour's Clare Short were using them for "political propaganda".