Meghan Markle's half-sister hits back over Harry's comments about family 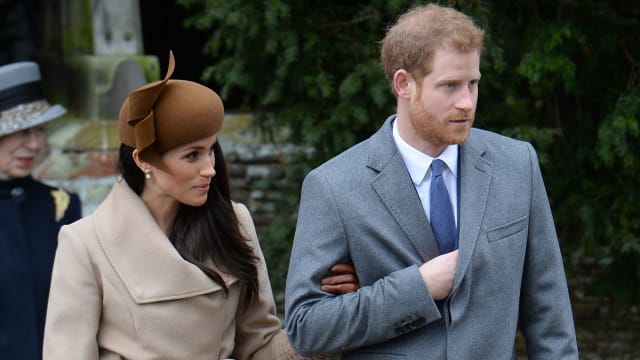 Meghan Markle's half-sister has reacted strongly to claims by Prince Harry his relatives are the family his fiancee "never had".

Harry's comments about Ms Markle's family life came when he guest-edited BBC Radio 4's Today programme on Wednesday and was asked about his bride-to-be's experience meeting the royal family over Christmas.

The prince told Today presenter Sarah Montague: "No, look, she's done an absolutely amazing job. She's getting in there and it's the family I suppose that she's never had."

However, her half-sister Samantha Markle, who is also known as Samantha Grant, contradicted Harry's comments on Twitter.

She tweeted: "Actually she has a large family who were always there with her and for her.

"Our household was very normal and when dad and Doria divorced, we all made it so it was like she had two houses.

"No one was estranged, she was just too busy. Read my book complete with facts and photos."

In the past, Samantha Markle has criticised her famous half-sibling via Twitter about her lifestyle website The Tig, which the actress has since ended.

She has denied rumours of a rift with the actress, calling Harry's fiancee "absolutely lovely", "very strong" and "very graceful".

"She always had this family ... Marrying merely extends it."

The actress' mother is Doria Ragland, an African-American, who met her father Thomas Markle on the set of the US soap General Hospital, where he worked as a lighting director when she was a temp in the studio.

They divorced when Ms Markle was six. Although she lived with her mother in Los Angeles, Ms Markle also spent a great deal of time with her father.