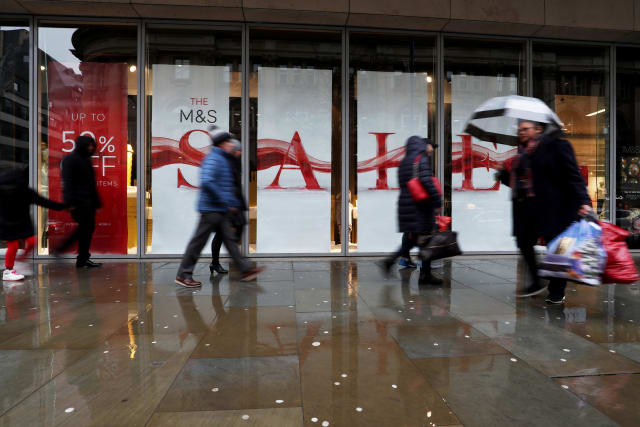 Almost half of consumers spent less this Christmas than last year, while a quarter do not plan to shop in the January sales, a survey suggests.

Some 47% spent less, 25% spent more and 28% spent about the same, the poll of 2,000 households by research consultancy Retail Economics found.

A fifth of consumers (20%) said they bought Christmas presents during the Black Friday event, and 25% said they would not be shopping in the Boxing Day and January sales because of their Black Friday spending.

Retail Economics chief executive Richard Lim said: "Festive cheer will be thinly spread across the industry, with almost half of consumers suggesting they spent less this Christmas than last year.

"Online will see the lion's share of the growth, with two in three shoppers saying they had bought some of their gifts online.

"Amazon appears to have continued to benefit from the relentless shift towards online spending. Indeed, over a third of shoppers said that they used the retailer. Asda and Tesco were the next most popular retailers for Christmas gifts.

"However, January trading statements will be in close focus to assess just how much damage all of this discounting has inflicted on gross margins."

High street footfall for the Boxing Day sales fell by 5.9% on last year, according to figures from monitoring service Springboard.