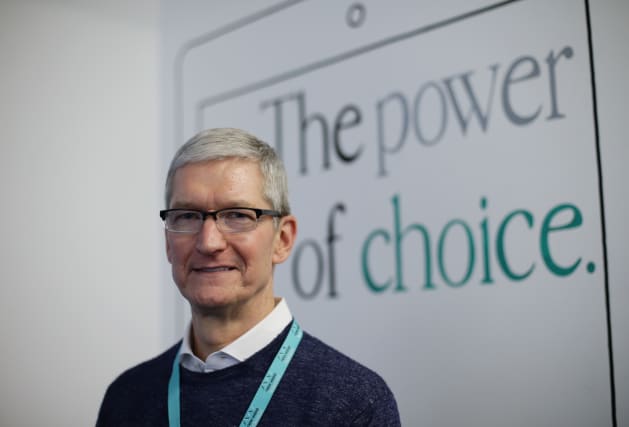 Apple chief executive Tim Cook has seen his take home pay rocket 47% to 12.8 million US dollars (£9.5 million) after a better than expected sales performance at the tech giant.

The head honcho also reaped the benefits of a generous share award, banking 89.2 million US dollars (366 million) worth of Apple stock as part of a compensation package agreed when Mr Cook was appointed chief executive in 2011.

The bumper award is linked to Apple's share price performance versus its S&P 500 peers and comes after the company beat its annual sales and income targets.

Apple sold more than 46.6 million iPhone handsets in the last quarter, up from 45.5 in the comparable period in 2016.

The company also saw iPhone sales increase by 3%, indicting a steady start for the iPhone 8, which went on sale in September.

A regulatory filing released by the US firm read: "Our executive compensation programme is designed to reward performance in a simple and effective way.

"It reflects the unparalleled size, scope, and success of Apple's business and the importance of our executive officers operating as a high-performing team, while focusing on key measures of profitability and the creation of shareholder value.

"We believe the compensation paid to our named executive officers for 2017 appropriately reflects and rewards their contributions to our performance," the firm added.

Mr Cook will also be furnished with the use of a private jet for his "personal safety and security", according to the filing.