Dreams of white Christmas may be granted by Scottish showers 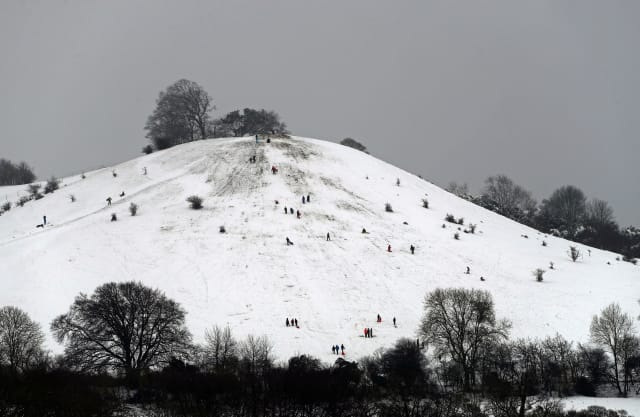 Those dreaming of a white Christmas may be in luck, with the Met Office warning Scotland could be in for some snow as the day draws to a close.

The Met Office has issued a snow and ice warning from 7pm for southern, central and eastern Scotland, and the most northern parts of England.

Further wintry showers are expected overnight, the Met Office said, with the possibility of up to 10cm of snow falling on the highest ground in Scotland.

It is also expected to become icy overnight and into Boxing Day morning, with those travelling urged to take extra care on the roads.

For years, Christmas was declared "white" if a single flake of snow was observed by a professional meteorologist falling on the roof of the London Weather Centre.

The Met Office has now broadened its definition to extend to other parts of the country, although the snow still has to be recorded by a professional.

Forecaster Marco Petagna said Christmas Day evening and overnight would see some wet and wintry weather working its way east across the UK.

"There will be some snow, mainly on the hills across Scotland, but there could be a centimetre or two in the lower areas," he said.

Elsewhere across the UK, it was a mild and, in parts, wet Christmas Day, with the mercury hitting lower double figures.

And while mild, it was still chillier than last year when temperatures reached 15C (59F) in a number of places including Hull, east Yorkshire.

There were also reports of localised flooding on roads in Bodmin, Cornwall, and Cumbria following heavy spells of rain.

The Met Office warned that spray and flooding on some roads was likely to add delays to people's journeys.

There is also a warning for rain and snow in place for most of England and Wales from 6pm on Boxing Day until 11am the next morning.

Persistent rain moving east from Wales through to central England is likely to turn to snow in the early hours of Wednesday.