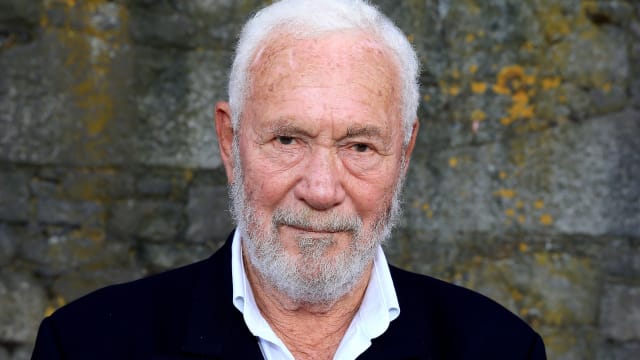 Wounded British veterans will compete alongside yachting star Sir Robin Knox-Johnston as they look to beat Australia in a race Down Under.

Featuring wounded, injured and ill veterans from their respective countries as crew members, both boats are racing ahead of the sport featuring in next year's Invictus Games for the first time.

Sir Robin, who served for 28 years in the Royal Navy reserves, said he is really looking forward to the event, and that they are "certainly out there to beat the Australians".

"These are guys who have got wounded in serving their country and I think we all have a duty towards them - but it is nice when we can actually do something about it," Sir Robin said.

The crews will be racing on two 68ft boats, which have completed four full circumnavigations during previous editions of the Clipper Round the World Yacht Race.

Sir Robin said he was "absolutely" keen to sail in the Sydney Hobart Yacht Race with the veterans when the opportunity arose, and will be the onboard navigator for the British boat during the competition.

He added: "They are as competitive as anything, they really want to do well. They have all taken to this like a duck to water, it is great."

A total of eight former servicemen and women from Britain will join Sir Robin, a skipper and five other crew members on the British Game On boat.

The race which starts in Sydney Harbour travels more than 628 nautical miles of ocean and concludes in Hobart in Tasmania.

Lance Corporal Steven Palmer, who served in the Royal Engineers, lost both his legs above the knee because of an IED in Afghanistan and will be on board the British vessel.

The 35-year-old veteran from Newcastle upon Tyne said despite his disability, moving around the boat is "just another challenge" and that sailing gives everyone "a lot of freedom".

He added: "I get around just as well as a lot of able bodied people, I am just a little bit smaller. It is just about adapting yourself to knowing where you can step and what is safe to step on.

"It is such a level playing field when you are sailing."

Captain Catherine Ruddick, 38, who lives in Portsmouth, served in the Royal Air Force and then the Army's Royal Medical Corp but was medically discharged in July this year due to depression.

"It should be fantastic, we have a good chance against the Aussies," she said of the impending race.

"The cricket was a bit embarrassing, so hopefully we can bring back a bit of British pride," she added.

"Sir Robin Knox-Johnston is a British legend ... he is just a wealth of knowledge and an absolute character.

"I think he is going to push quite hard, and hopefully teach us loads - we are all really eager to learn as much as we can from him, he will definitely give us an advantage over the Aussies."

Also taking part in the Rolex Sydney Hobart Yacht Race will be the fleet of 11 70ft Clipper yachts.

The crews are competing as part of the 40,000 nautical mile Clipper Round the World Race 2017/2018, which was co-founded by Sir Robin.