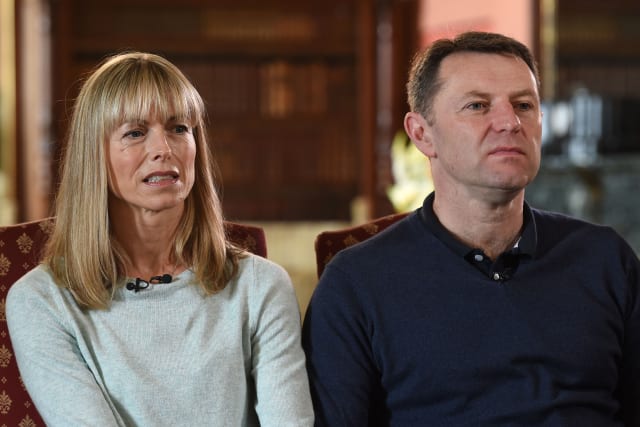 Kate McCann has revealed she still buys Christmas presents for her missing daughter Madeleine - more than a decade after the youngster vanished in Portugal.

Writing in the Daily Telegraph, Mrs McCann recalled the last Christmas she spent with her daughter, when Madeleine was just three years old.

Her present that year was a toy kitchen, she remembered, which had been wrapped with a bow and left downstairs for her to find on Christmas morning.

"I remember seeing her face when she walked in", said Mrs McCann, describing it as a "lovely moment".

"I have bought a Christmas present for Madeleine every year since then but that toy cooker was the last one I ever saw her open," she added.

Madeleine disappeared from an apartment in Praia da Luz, Portugal, in May 2007, while the family were on holiday.

Mrs McCann and her husband Gerry, of Rothley, Leicestershire, have vowed never to give up hope of finding their daughter.

As the festive period gets into full swing, it is the 11th year the family have had to spend it without Madeleine - and is a time that can be "hugely painful", said Mrs McCann.

The former GP described being unable to buy presents, write cards or even put up a tree the first year after Madeleine went missing.

Since then, the family has learned to "make the best of it", and "lean upon the support that is out there" - as well as trying to make it a happy time for the sake of their twins Sean and Amelie, now 12.

But still, she added, "everything is tinged with pain".

This year, as always, the family will make a Christmas stocking for Madeleine, while Mrs McCann will pick out presents suitable for Madeleine "no matter what age she is when she gets to open them".

In September, police were granted an extra £154,000 to continue the investigation into her disappearance.

And as Mrs McCann remains hopeful that her daughter, who would now be 14, may one day return home, she has urged people to spare a thought for the missing this Christmas.

She added: "While people gather with their families this weekend and enjoy meals and swap presents together - I would urge them to remember the missing. We must never forget them."