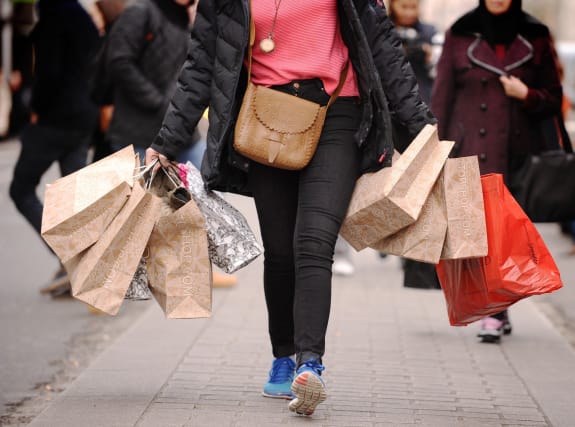 Heavy snow and Black Friday have led to a disappointing build-up to Christmas for the high street, figures show.

High street footfall was down 9.9% on last year over the first three weeks of the month, according to the Ipsos Retail Performance Retail Traffic Index (RTI).

Heavy snow across the country resulted in a 21% drop in footfall on Sunday December 10 across the UK as a whole compared with the previous Sunday.

The figures also show that the fortnight of Black Friday sales in November pulled forward some seasonal shopping, significantly cutting demand in the first three weeks of December.

Ipsos has revised its footfall forecast for the month down from a 2.1% drop to a fall of 6.7% against December last year.

Tim Denison, director of retail intelligence at Ipsos Retail Performance, said: "Whilst Black Friday wasn't spectacular for retailers, it has had a significant knock-on effect to shopping activity in December.

"Widespread promotional activity and deep discounting hasn't succeeded in pulling the usual numbers of shoppers into stores. We had anticipated a slow start, but we did expect the high street to be busier than it has been.

"The heavy snowfall will have done retailers no favours in kick-starting seasonal spending. Many people will have stayed at home and switched to shopping online, but a strong Christmas performance always relies on that festive spirit and bonhomie that is created in shops and shopping centres across the UK."

Meanwhile, the latest monthly CBI Distributive Trades Survey has reported a weaker-than-expected rise in retail sales in the year to December.

The survey of 109 firms found that 37% of retailers said sales volumes were up in December on a year ago and 17% said they were down, giving a balance of 20%, and retail sales and orders disappointed expectations of stronger growth.

Growth in online sales remained at a pace just below the long-run average, indicating that buying over Black Friday and Cyber Monday were "unspectacular".

"Notwithstanding the sales growth seen in the last couple of months, underlying trading conditions are tough for retailers. We expect the squeeze on real pay for households to last a while longer, so retailers will still face challenging conditions ahead."