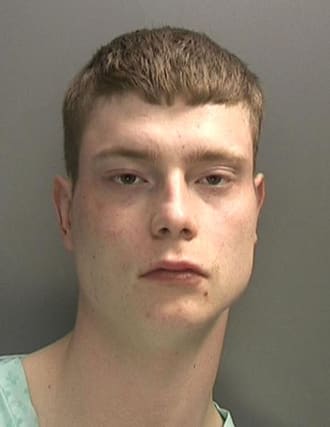 The sentence of a homeless man who murdered two members of a family who tried to help him is to be challenged at the Court of Appeal.

At Birmingham Crown Court in October, Aaron Barley, 24, was jailed for life with a minimum term of 30 years after admitting the murders of Tracey Wilkinson, 50, and her 13-year-old son Pierce and the attempted murder of Peter Wilkinson, 47.

Barley armed himself with a kitchen knife when he crept inside the family's home in Stourbridge, West Midlands, in March and stabbed them as they slept in their beds.

Mr Wilkinson, who was out walking the dog, was stabbed a number of times on his return and was fortunate to survive.

The fourth member of the family, Lydia, was away at university at the time of the attack.

On Thursday, Solicitor General Robert Buckland will argue that the sentence is unduly lenient.

Jailing Barley, Mrs Justice Carr said he had carried out "a vicious and unprovoked attack".

She told Barley: "You abused your knowledge of the family home, which you had only gained through the Wilkinsons' extraordinary kindness and generosity to you."

She said Barley had shown no remorse - indeed only regret that Mr Wilkinson survived his injuries.

Barley had been taken in by the family after Mrs Wilkinson spotted him sleeping rough outside a supermarket in the spring of 2016.

Their help included supporting him to find a home and a job and inviting him to spend Christmas Day with them.

The judge told Barley she had decided not to impose a whole-life tariff "principally because of your youth".

She said: "You clearly represent a very significant risk of serious harm to members of the public.

"No sentence, of course, will ever bring Mrs Wilkinson and Pierce back to their family and friends."