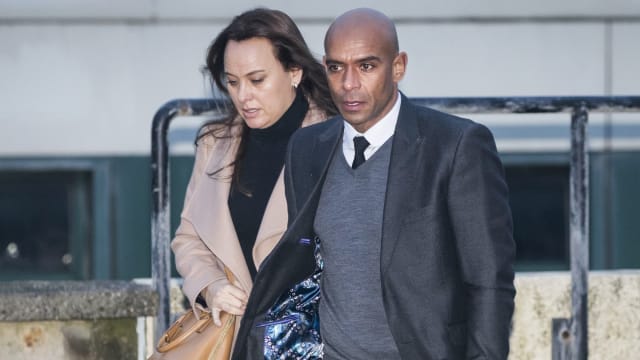 The 44-year-old TV pundit appeared at Blackpool Magistrates' Court on Tuesday after he was summonsed for offences of driving while unfit through drink, assault on a police officer, racially aggravated public order, failing to provide a specimen for analysis, criminal damage and disorderly conduct in a police station.

After a hearing which lasted about a minute, the case was adjourned to January 2.

Sinclair, who arrived at court with his wife, was represented by solicitor Nick Freeman.

The footballer, wearing a dark grey suit, spoke to confirm his name, address and date of birth.

The winger, who played for Manchester City, West Ham and Blackpool and made 12 appearances for England, was arrested on November 12 after police were called to his home in Lytham, Lancashire, following reports of a disturbance.

A Lancashire Police spokesman said: "Officers attended the property and found a man had already left the property in his car, a Tesla X60d.

"A short time later officers found the driver and vehicle which had been involved in a minor collision with a woman pedestrian on Clifton Drive.

"Mr Sinclair was also arrested on suspicion of assault and a separate criminal damage matter but will face no further action in respect of those matters."