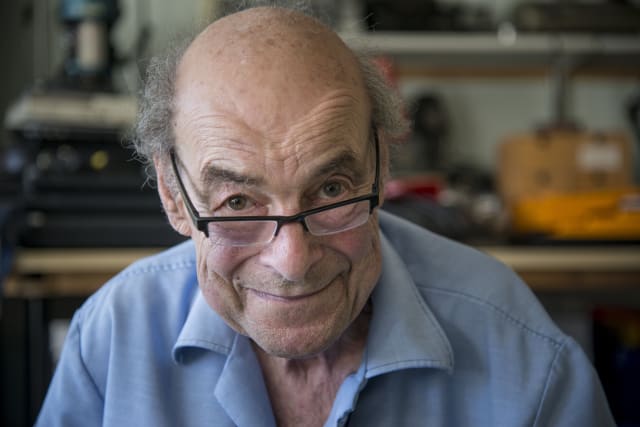 The German-born inventor and social reformer suffered heart failure on December 15, his family said in a statement released through Brunel University London.

Professor Wolff, who moved to Brunel from the Medical Research Council in 1983, was a former adviser to the European Space Agency and presented BBC2's long-running science show The Great Egg Race from 1977 to 1986.

He came to Britain as a Jewish refugee with his father and other relatives from Berlin in September 1939 as an 11-year-old, on the day the Second World War broke out.

He attended school in Oxford before working in haematology at the city's Radcliffe Infirmary where he invented a machine for counting patients' blood cells, and graduated from University College London with a first-class degree in physiology and physics.

Colleagues at Brunel - where he became an emeritus professor working on a time-backing scheme which aimed to solve societal issues connected to the elderly population - recalled his penchant for practical jokes, including arriving at his 80th birthday party celebrations on a scooter propelled by fire extinguishers.

"There was nothing he loved more than having a team of people around him devising completely new ways of doing things."

With his trademark bow tie and tufts of hair above the ears, Prof Wolff become known to British television audiences in the 1970s and 1980s on the The Great Egg Race, which encouraged teams to invent useful objects out of limited resources.

His on-screen career began in 1966 on Panorama with Richard Dimbleby, where he produced a radio pill that could measure pressure, temperature and acidity in the gut.

Colleague and close friend Professor Ian Sutherland, who took over directorship of the institute when Prof Wolff retired, said: "Heinz was a most inventive and inspirational leader.

Alongside his regular television appearances, Prof Wolff's scientific endeavours would continue to flourish.

He was made an honorary member of the European Space Agency in 1975, and his research into how human beings could survive in hostile environments culminated in his co-founding of Project Juno which, in 1991, led to Dr Helen Sharman becoming the first British astronaut and the 15th woman in space when she spent eight days in orbit on the Russian Mir space station.

He was also a strong supporter of local charities, including over 25 years as a trustee and then Life President of the Hillingdon Partnership Trust.

Professor Julia Buckingham, vice-chancellor and president of Brunel University London, said: "Heinz's remarkable intellect, ideas and enthusiasm combined to make him the sparkling scientist we will so fondly remember.

"He was a wonderful friend and supporter to staff and to students - and an inspiration to all of us."

Prof Wolff was married to Joan until her death in 2014, and had two sons and four grandchildren.